Home Best Practices Procurement Trending To Infinity and Beyond Meat!

To Infinity and Beyond Meat! 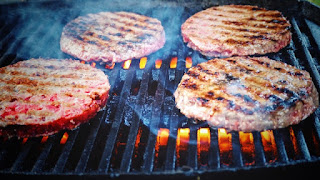 I don’t religiously follow the stock market or anything but you don’t have to be a stock guru to notice the new kid on Wall Street, Beyond Meat. Beyond Meat began its initial public offering at $25 a share early May 2019 and now is trading for close to $180 a share which is more than a 700% gain from its IPO. The product that was originally only available at Whole Foods and TGIF, now is being sold at several restaurant chains, fast food locations, big box retailers, and so on. For the uninitiated, Beyond Meat is an LA based organization that produces plant-based meat substitutes. Contrary to popular belief on meat substitutes, Beyond Meat doesn’t taste like cardboard and is worth all the hype in my opinion. It also doesn’t contain soy or gluten which are common concerns for consumers considering a plant based diet. Being a veggie burger lover myself, I will say Beyond Meat actually tastes amazing and is surely making the traditional burger run for its money.

Though Beyond Meat’s future looks promising the company is experiencing growing pains. Most organizations in a rapid state of growth struggle with keeping up production rates with demand skyrocketing. Beyond Meat CEO, Ethan Brown, admitted that the company’s supply chain is experiencing several bottlenecks and “preoccupies him quite a bit” but claims they are making strides to sort out the issues. The company has built a new production facility and have expanded their partnerships with several co-packing facilities to keep up with demand while maintaining the integrity of the product. While this may start to clear a few roadblocks for the organization, they are very much aware the battle isn’t over. With the expansion of Beyond Meat outside the US, international regulations regarding ingredients add another layer of complexity requiring the company to potentially tweak or alter their recipes which in turn will slow down fill rate. With innovation  at its peak with new product and recipe releases, fill rates, production requirements and quality will continue to be at the top of the organization’s agenda.

The organization has also deployed an additional strategy to solidify their supply chain and maintain production rates. As plant based protein products gain popularity, Beyond’s core raw material, pea protein, is becoming challenging to lock down supply. Many competitors are buying up annual quantities or investing in agriculture to cultivate their own. However, Beyond is working on diversifying the proteins in its products to minimize dependence on just one crop without changing the quality of the products or their promise to their consumers. As a result of diversifying its supplier base, Beyond is currently able to keep up with forecasts, increase the organization's stability, while driving down costs.

Bravo Beyond Meat! I’m rooting for you!