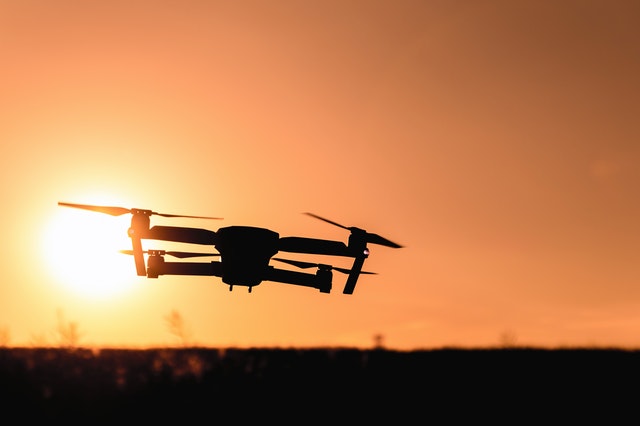 Last month, Amazon shook the retail and eCommerce space once again by offering free, one-day shipping to its Prime subscribers. Not to be outdone, Walmart answered by offering the same privilege to all online shoppers. The world's largest retailer even mocked Amazon on Twitter for failing to democratize the service. It's just one of several heated exchanges the two innovative, controversial brands have shared over the last year.

Drone-based deliveries are not a new project for Jeff Bezos and company. Back in 2013, Bezos gave a (now somewhat infamous) 60 Minutes interview in which he promised drone-based deliveries in the very near future. Throughout the last several years, progress has been slow and generally mysterious.

Thanks to Wilke's blog (and a same-day press conference in Las Vegas), consumers have finally gotten another look at the Prime Air program. Addressing Re:MARS conference attendees, Wilkie and CFO Brian Olsavsky showed off new footage and made a promise that should sound familiar. Amazon's fleet of drones, they announced, will take to the skies "in a matter of months."

The Amazon team touted the speed, efficiency, and, most importantly, the safety of their latest drone. Fully electronic, the drones are capable of flying up to 15 miles, carrying up to five pounds of cargo, and dropping off deliveries in under 30 minutes.  They also boast a unique hybrid design that allows them to switch freely between vertical and horizontal flight. This design innovation means that the drone is "controlled with six degrees of freedom, as opposed to the standard four" and can respond more quickly to windy conditions.

"We're building a drone," Wilkie writes, "that isn't just safe, but independently safe." Armed with cutting-edge AI, it will respond to changes in its environment without waiting on communications from a third-party. Amazon hopes this will provide for a new level of safety during transit, landing, and take-off. They're also bullish on the sustainability of their new drones. With fewer delivery drivers and consumers on the road, they expect to make quick progress on their Shipment Zero commitment.

Amazon knows better than anyone that a wealth of obstacles could stand in the way of a successful implementation. Strict regulations and logistical complications have thus far kept Amazon grounded. Count on more updates from the organization, ambitious competitors, and government regulatory agencies over the next several months.
Logistics, Trending