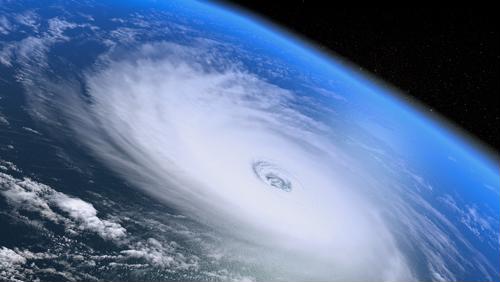 Mother Nature has been decidedly stress-inducing for much of the nation's business owners this past spring. Multiple parts of the Midwest remain in states of emergency due to excessive rainfall, which has led to swollen rivers, abandoned properties and closed-down shopping centers due to impassable conditions. In short, the supply chain for companies of all types and sizes have been severely disrupted.

The start of hurricane season - which began officially on June 1 - brings a new element of unwanted stress. And if forecasters' predictions are correct, as many as four of these storms could be seriously impactful, to the point of being potentially devastating.

"Meteorologists are expecting a near-normal Atlantic hurricane season to play out over the next five months."

Between 2 and 4 'major' hurricanes may develop
According to the National Oceanic and Atmospheric Administration, meteorologists are expecting a near-normal Atlantic hurricane season to play out over the next five months. More specifically, they're anticipating between 9 and 15 named storms to form, of which 4 to 8 have the potential to become hurricane force, or what the industry refers to as Category 1 (producing wind speeds of between 74 and 95 miles per hour). Of this total, between 2 and 4 could reach "major" categorization, where winds are clocked at a minimum of 111 mph, or Category 3.

Anything over 157 mph is Category 5, the highest possible on NOAA's Saffir-Simpson Hurricane Wind Scale.
Daniel Kaniewski, deputy administrator for resilience at the Federal Emergency Management Agency, said it's incumbent upon everyone - business owners included - to ready themselves  for what the weather could unleash headed into the official start of summer.

"Preparing ahead of a disaster is the responsibility of all levels of government, the private sector, and the public," Kaniewski explained. "It only takes one event to devastate a community so now is the time to prepare."

How P&G is preparing
Organizations that have already been hit by a hurricane once before are not taking any chances. This includes major organizations like Procter & Gamble, which has manufacturing and distribution centers throughout the Atlantic corridor. As noted by Supply Chain Dive, P&G's Avenel, New Jersey plant, which mainly produced perfumes, was hit by Hurricane Sandy back in 2012. Although Sandy never reached "major" intensity, it left a trail of destruction in its wake, both for homeowners as well as business owners. However, thanks to the preparations that P&G put together prior to the storm's arrival - which included a generator to restore electricity - the interruption was relatively short-lived.
Bob Herzog, P&G associate director of planning, said that the company made a number of strategic decisions prior to Sandy's arrival that proved prophetic, specifically by centralizing the corporation's disaster response structure so each plant had a plan to fall back on. Previously, every warehouse pretty much had to decide for itself the best way to prepare.

Still, Herzog conceded, there was room for improvement.

"Although this was a new capability for our company and new capability in the industry, we recognized that it was very reactive," Herzog told Supply Chain Dive. "We needed to go from being reactive to proactive."

Technology is often the answer to unsolved problems, which is why P&G reached out to Canadian tech firm called Kinaxis. Accessing the company's cloud-based software program called Rapid Response, P&G now runs through various disaster scenarios that could affect the supply chain and what the best plan of action should be to most effectively adjust. Plus, since the software leverages actual forecasting data from the National Weather Service, P&G can prepare based on atmospheric conditions as they exist in real time.

"We take what used to be days if not weeks' worth of effort and we can get that work done in hours, and sometimes minutes," Herzog added.

Logistics and natural disasters go hand in hand. No one knows for certain what hurricane season will bring, but by devoting resources to overcoming worst-case scenarios, there's no reason to fear the future.
Procurement News