Amazon patents cardboard boxes that can be turned into toys 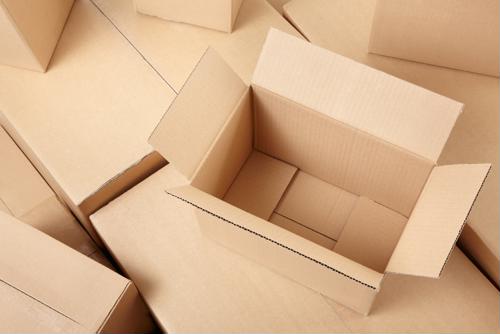 Any child with an active imagination is familiar with the practice of turning disposable pieces of cardboard into thrilling tools of adventure. From playing house in an empty refrigerator box to swordfighting with the tubes inside used paper towel rolls, kids know how to get creative when turning trash into paper playthings.

And now it seems that Amazon is soon going to provide them with templates for further experimentation.

The U.S. Patent Office recently granted the Seattle-based ecommerce giant a patent for a perforated parcel shipping container that can be repurposed into children's toys, ranging from a doll house to a rocket. Other patented images show how customers could cut on the dotted line and reassemble a cardboard box into an airplane, a monster truck or a sword and shield set. In addition to cardboard toys, there are also some more functional designs, including a tablet stand, a tote bag and a bookshelf.

If implemented, customers would be able to pick the toy or object design they prefer and have their
Amazon purchase shipped in the transformable box of their choice. Most of the patent design sketches include the words "brand awareness" printed on the cardboard, implying that the company could generate revenue from this repurposable packaging by selling sponsorship to businesses that want their logo plastered across a paper plane or tablet stand.

In addition to "brand awareness" sales, Supply Chain Dive has speculated that a second revenue stream could be derived through the concept of collectibility. For example, if Amazon creates a series of designs for related individual toys, children may want to have one of each. Alternately, the company could create boxes that include individual pieces needed to construct a single object, forcing customers to order multiple boxes.

Aside from revenue, the transformable boxes could also assuage consumer concerns regarding cardboard waste. Ecommerce enterprises like Amazon have driven up the volume of cardboard used for shipping boxes, and packaging research firm Smithers Pira estimates that the online retailer industry uses roughly $20 billion in corrugated cardboard each year. Although a cardboard sword and shield is not likely to last forever, it may still allow customers to have positive feelings toward shipping boxes.

Though still just a patent for the time being, there could be a variety of challenges for Amazon if the company does go through with the idea. Creating multiple designs of a transformable cardboard box would make distribution considerably more complex. Amazon fulfillment processes would either need to make the perforations to the box, or if the perforations were made beforehand offsite, pair the chosen box to the correct order. According to the patent, customers who do not choose a box design would have one assigned to them, which would be determined by an algorithm that analyzes the customer's purchase history.

There's also the fact that shippers are already inclined to find the most efficient box size for a package. Matching a product to a package based not just on size, but on box design preference, would make fulfillment that much more complicated.
Procurement News