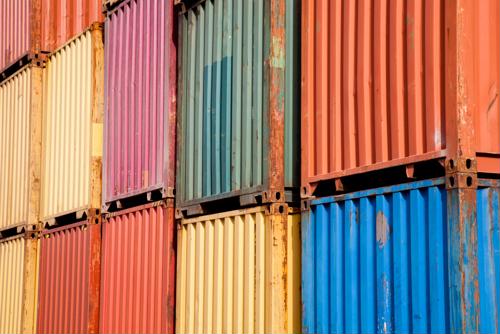 The Council of Supply Chain Management Professionals has released its 30th annual State of Logistics report, putting into perspective the rough year that shippers endured in 2018 as various forces conspired to drive up the cost of doing business.

Last year, a strong economy caused the cost of logistics in the U.S. grow to $1.64 trillion, or an 11.4% increase over 2017. High demand, constrained capacity and rising prices all combined to massively inflate the logistics budgets of shippers in 2018.

In 2018, the spot freight market rose 25% from February's post-holiday slump to a summer peak, before declining 20% to end of the year, according to the report. The big hike forced shippers across nearly all industries to exceed their annual logistics budgets last year.

"You really saw shippers... have the worst year of their careers."

In addition to increased wages, carriers were also overwhelmed by more demand than they had the capacity for, thanks to rises in e-commerce traffic and stockpiling measures taken by shippers looking to shore up their inventory in the face of tariffs.

"You really saw shippers, as I said, and as the report observes, have the worst year of their careers," Michael Zimmerman,one of the report's authors, told Supply Chain Dive. "[Shippers were] scrambling for capacity, they were paying much higher rates [and] they were blowing up their budgets."

By contrast, logistics providers had a generally excellent 2018, due in large part to the trade issues that fueled US inventory build-ups in the year's second half, and despite the rising costs for drivers and warehousing staff.

According to the report's data, logistics costs rose across all freight modes last year. Thanks to e-commerce, spending on parcel services increased to $105 billion, driving prices in this mode up 4.9% compared to 2017. Ocean shipping, which was strongly affected by the trade war between the US and China, saw rates reach some of their highest levels in the last three years, despite a 5.7% increase in capacity. Additionally, air freight rates rose 5% on East-West lanes.

January 2019 was the 100th consecutive month in which employment increased and businesses had to spend more on wages, a trend that has been felt especially hard in the trucking and warehousing sectors, which passed its higher labor costs on to shippers. But these and other factors that forced shippers to pay more for logistics services in 2018 appear to be on a slight decline.

According to the report, the strong seller's market that began in 2017 and picked up even more steam in 2018 finally showed signs of weakening in the second half of the year, as capacity came closer to meeting demand and the pace of GDP growth similarly slowed. This year's report was titled "Cresting the Hill" to reflect the authors' beliefs that mid-2018 represented the peak of growth for this industry, and potentially for the near-term US economy as a whole.
Procurement News