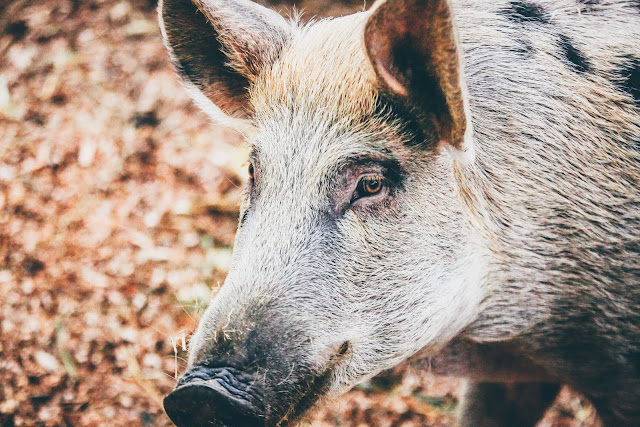 China eats more pork than any other country on the planet. The nation's appetite for the meat has helped establish a $128 billion supply chain network with more than 440 million pigs (half of the pigs in the world). Unfortunately, an "unprecedented" outbreak of African swine fever has made the Year of the Pig a disastrous one.

Countries including Spain, Italy, and Sardinia have contended with outbreaks of their own in the past. Spain needed 35 years to finally eradicate the virus. Bloomberg reports that Sardinia has tried and failed to do same for over four decades. Without a vaccine, nations have historically had to cull huge portions of their pig populations to slow the disease's spread. China has already eliminated more than 1 million. In total, the world's most populous nation will fatten 134 million fewer pigs than it did last year. This represents a 20% drop, the most dramatic since the country began collecting such data.

China's leaders have promised a 1,200 yuan subsidy for each lost hog to support struggling farmers. "Some local governments," however, "are reported to be withholding payments." This could discourage many farmers from disclosing outbreaks and help keep the disease alive.

The fever is so dangerous because it's both easy to transmit and difficult to trace. Research into the outbreak has identified non-disinfected workers and contaminated swill as two of the major contributors. An origin, however, is still unknown. According to Bloomberg, scientists suspect a contaminated pig may have been dumped from a ship and eaten by local animals. Just a single drop of blood from such a pig would be enough to contaminate drinking water and spread the disease throughout a region. With many farmers traveling hundreds of miles to take advantage of regional price differences, it's no wonder the disease has spread so widely and so quickly.

In the months (and potentially years) ahead, China will need to effectively convert its piggeries into quarantine zones. Careful monitoring and control is the only way they can hope to eliminate the un-curable infection.

The spreading disease has brought China's meat imports to record levels and could do the same to prices during the second half of the year. Brazilian imports, up 51%, have seen a particularly dramatic spike. Increased demand has other nations including the U.K., Germany, and Russia negotiating deals with China and still others eager to join the conversation. Unfortunately, their opportunities may have passed. In rushing to address pork shortages, China has run into a new problem. Its ports are running out of cold storage space - and fast.

Cold storage units at ports including Tianjin, Shangai, and Dalian have so far accepted the majority of incoming meats. Wang Zhen, a representative from China's Cold Chain Logistics Subcommittee, suggests they're nearly filled to capacity. Tianjin alone is housing nearly half a million tons.

Many Chinese companies intend to keep the meat in storage until the end of the year. Wang suggests this will likely mean incurring significant costs as they "move the meat to inland areas" and begin storing it in more expensive facilities. Importers will likely need to put particularly large shipments on hold until China's mid-autumn festivals.

China's ailing agricultural industry provides a case study an example of just how quickly supply chain risk factors can evolve and produce ripple effects. The outbreak of African swine fever has produced both costly shortages and similarly costly surpluses. It remains to be seen how the nation will repair the supply chain for one of its staple foods.