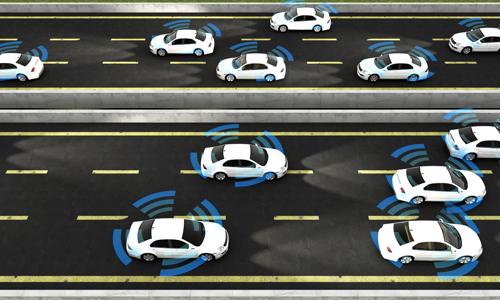 And now Walmart, the world's largest company by revenue, is trying to determine the viability of using autonomous vehicles to operate in the "middle mile" between its warehouses and store-adjacent package pickup kiosks.

If successful, the self-driving delivery vehicles could cut logistics costs in half for ecommerce orders, which is why Walmart U.S. CEO Greg Foran recently told Bloomberg that the idea is a "no-brainer."


Walmart could be kickstarting a $1 trillion industry

Moving packages from a warehouse to a pickup point, rather than the customer's doorstep, may not be the most exciting prospect of the future driverless delivery business, but it could be the most profitable. In fact, analysts believe the market for these "middle miles" could reach $1 trillion.

"This area has the least number of obstacles and the most certain return on invested capital in the near term," Mike Ramsey, an analyst with consultant Gartner Inc, told Bloomberg. "If you're looking to start a business where you can actually generate revenue, this has fewer barriers than the taxi market."

That's one reason why Walmart is positioning itself on the cutting edge of this sector. Another reason is that ecommerce is becoming a larger portion of the company's total sales, but has a much lower profit margin than in-store purchases due to the higher shipping costs. In fact, gross margins were down 21 basis points in 2018, largely as a result of an increase in online purchases.

Of course, Walmart recognizes that America is years away from allowing autonomous vehicles on highways, and a company spokesperson told Supply Chain Dive that its private fleet remains critical to its supply chain. But even though it's a long way off, the middle mile sector is already showing a lot of potential.

To conduct its trial run, the global retailer is using Ford vans equipped with self-driving technology developed by Gatik AI, a startup that only recently came out of stealth mode. The tech company's CEO Gautum Narang told TechCrunch that the vehicles are ready to drive up to 200 miles per day in urban environments.

In keeping with the middle mile scope, Gatik AI is focusing on vehicles smaller than Class 8 trucks and larger than sidewalk delivery bots in these early tests.

Of course, Walmart is also aware of the potential profit to be found in autonomous last-mile delivery solutions. Later this year, a trial with driverless vans for groceries will go live in Surprise, Arizona, putting the retailer in Kroger's footsteps.
Procurement News