Plant-based chicken may be coming to KFC menus

The Strategic Sourceror on Thursday, June 20, 2019 Procurement News,
Plant-based protein is a food option that an increasing number of major fast food chains are adding to their menus and product supply chain. The very latest to express early interest in making this trendy item available is among the world's largest, longest-running quick service franchises. 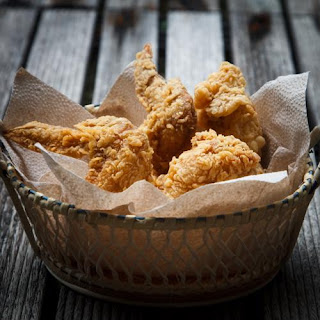 Kentucky Fried Chicken, second only to McDonald's in its global footprint, says it's considering plant-based poultry as a potential new menu item for customers to try. Speaking to Business Insider, KFC President Kevin Hochman said that as many of the company's competitors are branching out by offering healthier fare, a vegetarian version of its staple ingredient may be worthwhile - a take that he hasn't always held.

"If you would have asked me six months ago, I would have said no, to be completely honest with you," Hochman explained. "Because, we're about fried chicken."

However, with household names such as Red Robin, White Castle and Burger King all introducing various versions of plant-based protein to its supply chains - several of which have been warmly received by customers - Hochman now believes that KFC might be wise to follow suit.

"In the last two weeks I've made several appointments with some of the big guys, just to figure out - what does alternative protein look like in chicken?" Hochman added.

Indeed, several of its locations in the United Kingdom have been testing the possibility of a worldwide rollout, Fortune reported last summer. When this venture was originally announced, KFC didn't foresee bringing a vegetarian version stateside.

"More Americans seek to balance their love for fast food with their desire to stay trim."

However, considering that the chain's most direct competitors - like Popeyes and Chic -fil-A - don't yet have much in the way of vegetarian-friendly offerings, the move may be worthwhile, as more Americans seek to balance their love for fast food with their desire to stay trim.

McDonald's, which sells vegan chicken nuggets at several locations in Norway, has also tried to find a delicate balance for its nutrition-minded customers, Inc. reported.

Arby's steering clear
Others, meanwhile, are taking a more "If it ain't broke, don't fix it" approach, namely Arby's. As Food & Wine reported in May, not only does the Atlanta, Georgia-based restaurant chain have no immediate plans to make more vegetarian menu choices available, it stated flatly that it will never be a vegetarian destination, an apparent nod to its "We Have The Meats" slogan.

"The chances we will bring plant-based menu items to our restaurants, now or in the future, are absolutely impossible," Arby's confirmed in a statement.

Production disruption causing supply chain issues
In the meantime, industry insiders warn against expecting either KFC or Chic-fil-A to roll out vegetarian-inspired dishes at its U.S. locations any time in the immediate future. As reported by Restaurant Dive, this is partially due to a shortage in chicken and beef substitutes, adversely impacted by high demand and poor crop yield among vegetable growers.

The desire for lighter, healthier fare is in keeping with what many Americans intimated when the New Year began. In a YouGov survey of roughly 1,200 adults, approximately one-third said they would have no qualms with consuming more plant-based foods in 2019, Vending Market Watch reported. However, approximately 80% of respondents said flavor was a major factor in determining whether they would be willing to try more of these same dishes on an ongoing basis.
Procurement News