Home Best Practices Logistics Nearshoring Procurement News Our take on the 5% and the “T-word” is simple, it’s not a good idea, and no one should think it is. 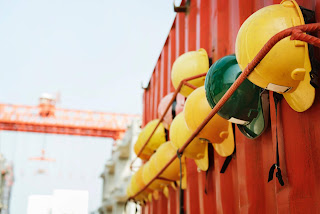 Imposing tariffs is not an uncommon practice, and it doesn’t always carry a negative effect.  When they are applied strategically to economic sectors that may be vulnerable or unable to compete head-to-head in regional markets given certain conditions, they can prove beneficial. For instance, China is the largest producer of steel and the industry is heavily subsidized by their government. As a result, Chinese steel tends to be rather cheap. Mexico, too, produces steel, but does so at a much lower output. Mexican manufacturers – in the automotive, aerospace, etc. industries - are heavy consumers of steel parts and products, so the Mexican government imposes tariffs on imported Chinese steel in order to equate its costs with those of Mexican-produced steel. This is intended to protect Mexico’s steel producers and enable them to compete fairly. In theory, Chinese and Mexican steel can now be compared and consumed based on quality or other specs besides just cost. In this scenario, a tariff makes sense.

But imposing "blanket" tariffs without a commercial rationale behind it is a terrible idea. If you don’t believe that, you should look at what happened to the Dow Jones last week when the now-infamous 5% tariff was announced (not imposed). Blanket, unstructured, and non-purposeful tariffs often drive speculation into panic - justified panic.

We see this everyday. Part of our work is to help North American businesses improve their supply chains, which in many instances entails supporting transitions within their manufacturing process from China to Mexico (https://www.sourceoneinc.com/consulting-tools/sourcing-and-procurement-services/low-cost-country-and-nearshoring/), a trend that started many years ago, way before the current administration imposed tariffs on China and, you guessed it, cost was a major driver for businesses considering the switch. They looked at Mexico for two major reasons. The first was proximity which created logistical advantages, and the other was the cost benefit associated with lower labor rates and a North American Free Trade Agreement that provided for a tariff-free transit of goods.

Consider this situation: in less than 36 months, massive tariffs on Chinese goods were imposed which increased costs to American business and forced them to look elsewhere, namely Mexico and Eastern Europe. Suffice it to say our practice was booming.  Next, NAFTA was dissolved and replaced with the US-Mexico-Canada Agreement which amongst other provisions (and the fact that “Free” is no longer part of the name) ensures that labor conditions are fairly balanced across all three countries – a stipulation that will likely increase labor costs in Mexico. Then, a new blanket tariff is announced on Mexican goods, meaning companies importing products from Mexico will need to absorb the increased costs. So, those US businesses that were driven out of China and into Mexico are now forced to pay more and faced with two options. They can contend with either eroding margins or increasing prices. At worst, eroding margins means companies are less profitable and more prone to financial distress. At best, they’ll be less likely to hire new talent; while increasing prices may mean reduced revenues due to a diluted consumer base.

Shifting manufacturing to the United States may not be a viable option for many either. Even if a manufacturing sector is mature enough to effectively absorb production, costs would likely be even higher than in Mexico. After all, US labor rates are as much as eight times higher than in Mexico, and remember those tariffs on Chinese parts increasing costs already? So that means someone will pay.

Many pundits say it’s the consumer, but it’s really everyone! US Businesses will pay more as they absorb higher costs and lower profits, consumers will pay more as prices go up, the US economy will slow down as consumer trust is diminished, Mexico will pay as local manufacturers will decrease their exporting activity, and the chain goes on and on. I’m not saying all these things will happen concurrently, but perfect storms do occur and as permutations and combinations of these factors pile up, everyone will feel a direct or indirect impact, whether we like it or not. This is how you fuel speculation. When the question, “How hard will this impact me?” meets the statement, “I’m not sure what to do now,” anxiety is born.  Wall Street doesn’t like when companies are anxious and, needless to say, neither should you. Ultimately, a market that feels insecure WILL underperform, so simply announcing that a tariff is coming will have a tangible, wide-reaching effect, let along actually imposing it. Remember, perception is reality.