McDonald's, HP, and Other Business Giants are Greening their Supply Chains . . . Here's How 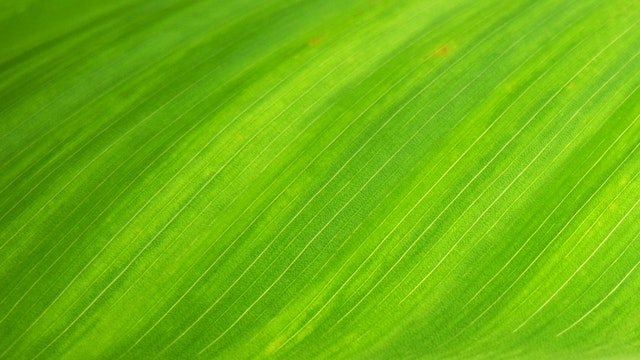 The following guest blog comes to us from Kate Began of Polycase.com

McDonald’s has long been a target of attacks from environmental groups and economists for its wasteful procurement practices and environmental negligence. All that changed back in January when McDonald’s announce ambitious plans to go green.

"Our customers have told us that packaging waste is the top environmental issue they would like us to address," said Francesca DeBiase, McDonald's sustainability officer, in a statement. "Our ambition is to make changes our customers want and to use less packaging, sourced responsibly and designed to be taken care of after use."

Since that time, McDonald’s has ‘gone green’ in a variety of ways including adding more recycling bins to its store, changing its packaging in 60 percent of its stores, purchasing sustainable beef and making plans to eliminate foam packaging from all its locations. All of this is part of a plan to go entirely green by 2025.

McDonald’s is one of several American corporations that is changing its practices and refining its supply chain to reflect a global concern for energy-efficiency, sustainability and the overall environmental stability of the planet.

Like McDonald’s, Target, a leading U.S. retailer, pointed its green efforts directly at one its main revenue-generating products: clothing.

Target announced on Earth Day in April 2017 that it was teaming up with the fashion artisan, Accompany, to launch an ethically-sourced clothing line that is globally conscious. Accompany’s credo–Every purchase has a purpose–has become the cornerstone of its business practices.

Hewlett Packard has also made a sizable impression in the technology industry with its net-zero energy data centers. Concerned about carbon emissions stemming from its facilities, HP took action to create more energy-efficient systems that reduce carbon emissions by more than 50 percent.

Their labs in Palo Alto and Fort Collins have been restructured to consume net-zero energy from public utility grids. It is part of a growing effort of technology-based companies that have invested in “breakthrough capitalism,” a concept that explores whether businesses can be a catalyst for ensuring a healthy, fair and affordable world for the growing population.

Hewlett Packard believes that it’s possible. HP engineers are now designing mega machines and that produce less heat, less carbon and a more sophisticated, cloud-based sensor network, all running on a solar-powered microgrid. Plastic enclosures housing the PCBs inside the machines are digitally printed, eliminating the need for paper labels.

HP is also focused on finding solutions for the 70 percent of the world’s population that has no access to IT systems, sustainable infrastructures or even clean natural resources such as water. One recent example involved creating a marketing platform for a vegetable vendor in India who grew organic food for the local community. By giving the vendor internet access, HP increased his revenue by 500 percent, thus stimulating the local economy.

The net-zero server used to provide internet access served the vendor, cut the carbon footprint significantly and allowed HP to increase its revenue ethically and responsibly.

Whether the use of fossil fuel has a future remains to be seen. What is certain is that it’s not going away anytime soon. The sudden departure of fuel would create a catastrophic collapse in several economies around the globe. For this reason, the transition from fuel into electrical machinery or some other source must be gradual.

In the meantime, automakers have moved forward in providing better fuel economy with innovative solutions for reducing their carbon footprint.

Probably the best example of this is Toyota’s Prius, the world’s first mass-market hybrid vehicle. The Prius is one of the most popular cars on the planet, with Toyota reporting 38 million units sold worldwide. It’s received the highest praise from environmental agencies in numerous countries, including the EPA.

While some have dismissed the Prius’ eco-friendly reputation as mere hype, the majority of experts agree that, compared to other similar sedans and vehicles in general, the Prius is a breath of fresh air–especially from an environmental perspective.

The U.S. Department of Energy reports that the Prius can get 58 mpg in the city and 53 mpg on the highway. The cost of driving a Prius is less than $2 every 25 miles, making its fuel efficiency nearly unmatched in the industry. Although the cost of the sedan can be a bit much for average consumers, it is possible to purchase a Prius in the low $20ks.

The Toyota Prius hybrid drivetrain is also low-maintenance and requires fewer part replacements than standard fuel-based engines. It generally comes with an eight to 10-year warranty, depending on the model.

When it comes to sustainability, pollution and carbon emissions, one of the most significant challenges for many countries is what to do with all that waste. Rather than pointing to landfills as the core problem, many agencies are putting pressure on manufacturers to create more biodegradable products.

Brooks– one of the leading sports shoe manufacturers–answered the call by designing running shoes that are engineered entirely from biodegradable materials. BioMoGo, the world’s first biodegradable midsole, breaks down in the landfill 50 times faster than soles made from conventional materials without losing running performance.

“Environmental stewardship is an important business pillar for Brooks, and we’re committed to creating products that help preserve and, whenever possible, enhance the environment,” said Jim Weber, president and CEO of Brooks.

If the user throws the shoes away and they are taken to a landfill, BioMoGo breaks down into its component nutrients and releases carbon that plants and animals can use for growth.

It only took nearly two centuries for manufacturing companies to have a negative impact on the planet. Pollution, carbon emissions and poor business practices have hurt the environment.

However, companies are now turning that around. Manufacturers worldwide are discovering sustainable solutions that will help increasing populations, while reducing our dependence on fossil fuels and high energy consumption. The current trend is moving us forward into a cleaner and brighter future.