Apple considering moving production out of China due to trade war 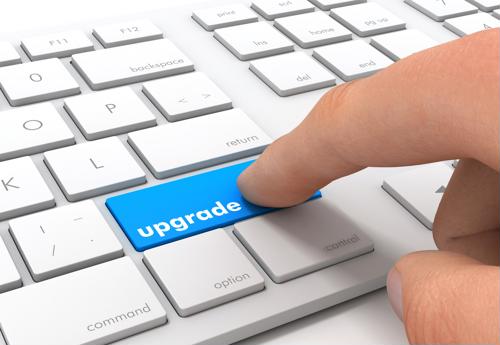 The ongoing trade war between the United States and China is continuing to force impacted businesses to make various concessions and adjustments, and the world's biggest tech companies are no exception. Now, under the looming specter of a fourth tranche of tariffs of up to 25% on $300 billion in Chinese imports, Apple Inc. is asking its suppliers to study moving final assembly of some products out of the People's Republic, sources told The Wall Street Journal.

Although nothing is set in stone, and major changes could require months or years to fully implement, the California-based technology giant is reportedly considering diversifying its supply chain by shifting up to a third of the production for some devices to Southeast Asian nations such as Indonesia, India and Vietnam.

Any transition would be unlikely to have an immediate impact on Apple's iPhones, the latest batch of which are set to launch in September, and which Chinese factories have already begun ramping up production of in order to meet demand. The Taiwan-based Foxconn Technology Group, the iPhone's biggest assembler, employs hundreds of thousands of Chinese workers to manufacture the high-volume product, but has also made investments in factories in Vietnam and India.

"We are totally capable of dealing with Apple's needs to move production lines if they have any," Young-Way Liu, the head of Foxconn's semiconductor business group, said during a recent investor meeting.

"There is some flexibility to move Mac and other products, but it won't be easy," cautioned Mehdi Hosseini, an analyst with Susquehanna International Group. "You have to have relatively skilled labor. You have to create an inventory hub. It would take time."

Further complicating the matter is the fact that most Apple components, including lithium batteries, are sourced from China, meaning moving both procurement and production capacity outside the country would be especially challenging.
For now, Apple has rushed production and shipment of certain key components for stockpiling, in order to get ahead of the fourth tranche of tariffs that may go into effect this summer.

Despite the obvious consequences for Apple's business, CEO Tim Cook has thus far remained publicly neutral on the trade war, repeatedly saying that the two countries are bound to reach an agreement and meeting with President Donald Trump and visiting the office of U.S. Trade Representative Robert Lighthizer.

However, in a recent letter to Lighthizer, Apple said the latest proposed tariffs on Chinese goods would limit the company's contributions to the U.S. economy, harm its ability to keep up with global competitors, and affect all of its major products, including the iPhone, iPad, Mac, AirPods and accessories.

Apple is not the only tech giant sounding the alarm about the potential negative impacts of prolonged trade tensions. Dell, HP, Microsoft and Intel recently submitted a joint statement to the USTR, warning that tariffs would require them to raise prices by at least 19%, causing the average retail price of a laptop to increase $120.

So far, none of these companies have announced plans to leave China, but have stated that rising prices would also adversely impact their own internal R&D functions and employment capability, as well as the many small- to medium-sized organizations that depend on affordable laptops, such as small businesses and schools. While it's unclear how many companies are following Apple's lead and asking suppliers to model cost of production outside of China, it's very apparent how strongly the tech industry has been affected by the trade war.
Procurement News