Home Trending Is it Possible to Meet Demand for Impossible Burgers?

Is it Possible to Meet Demand for Impossible Burgers?

Strategic Sourceror on Tuesday, May 07, 2019 Trending, 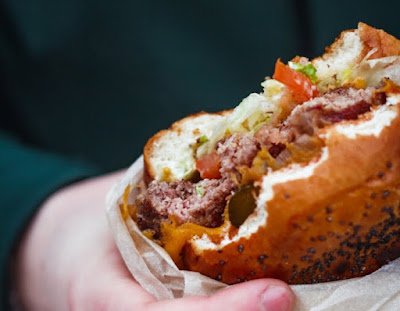 It's been a rough year for red meat. While production and consumption continue to rise, America's diets are more politicized than ever. Thanks to a number of alarming, high-profile reports, people around the country are adopting a broader definition of 'health.' They're not just thinking about how food affects their bodies, but how it affects the planet.

Those affects, Nature suggests, are considerable. Left unchecked, the agricultural sector "could lead to dangerous levels of climate change with higher occurrences of extreme weather events, affect the regulatory function of forest ecosystems and biodiversity . . . and pollute water bodies such that it would lead to more oxygen-depleted dead zones in oceans."

The agricultural supply chain produces an outsize amount of greenhouse gas and animal production accounts for 78% of it. To reduce emissions and mitigate ecological damage, experts encourage Americans to adopt vegetarian or "flexitarian" diets. Many are taking note. Over the last year, Nielsen and the Plant Based Foods Association have observed a 20% rise in plant-based food sales.

America's changing attitude toward beef has inspired newfound enthusiasm for a long-maligned substitute: the veggie burger. As providers look to make plant-based diets the new normal, they're producing an increasingly tasty and increasingly popular crop of products.


A Taste of the Impossible

Impossible Foods did the (seemingly) impossible when it introduced its namesake burger back in 2016. They managed to introduce a plant-based patty that looks, tastes, and bleeds like the genuine article. What differentiates the Impossible Burger from the generations of flavorless hockey pucks that came before it? A not-so-secret ingredient called soy leghemoglobin. By producing the ingredient in a lab, Impossible Foods is able to isolate the burger's true difference maker - heme.

Heme is an iron-containing molecule found in every living thing. It's what makes meat taste like meat. It's also what makes Impossible Foods' imitation taste nearly identical and pack an equal protein-rich punch.

This miracle ingredient was met with enthusiasm from investors including Bill and Melinda Gates and high-end restaurants from New York to San Francisco. The Food and Drug Administration, however, proved a harder sell. It was only last July that the FDA definitively officially, unanimously declared soy leghemoglobin GRAS (generally regarded as safe). At the time, the organization also ruled that Impossible could classify its burgers as non-GMO.


An Impossible Road Ahead?

Emboldened by the FDA's seal of approval, Impossible unveiled a new and improved recipe in the early days of 2019. The Impossible Burger 2.0 soon found its way into the mainstream. Red Robin, Qdoba, and White Castle added the plant-based sensation to their menus in hopes of catering to a hungry (and growing) population. Just last week, Burger King announced that it, too, would grab a seat at the table. The Impossible Whopper promises to play a game-changing role in the quick-serve supply chain and bring plant-based burgers to a larger audience than ever before. If plans to introduce the sandwich nationwide go through, the Impossible Burger's reach could double by year's end.

Unfortunately, the burger's sudden surge in popularity has led to growing pains across Impossible's supply chain. Restaurants throughout the nation have reported shortages and their supplier is struggling to meet demand. The California-based company reported last week, "We are facing short-term ramp-up challenges resulting from demand greatly outstripping supply." This demand, they suggest, is the result of growth in "every sales category where Impossible Foods does business."

Impossible Foods may have seen this coming. According to Eater, they reached out to "as many restaurants as possible" earlier this month to issue a warning. They predicted that a shortage could persist into mid-May.

While Impossible is hard at work ramping up its manufacturing capacity, they've started to frustrate some of the independent restaurants that helped the company become a word of mouth hit. These businesses are learning that the Impossible Burger's impeccable taste is a double-edged sword. While it's great for bringing diners in the door, it's impossible to replace.

Tim Syke's, managing partner of New York restaurant Ruby's, expresses his befuddlement. "I've never had a product," he writes, "where I can't get it anywhere." Attempts to replace the burger with a superficially similar alternative have fallen flat. For Sykes' customers, the Beyond Burger was no kind of replacement at all.

Impossible Foods CFO David Lee remains optimistic. The company, he remarks, will "spare no expense" in bringing its products back into kitchens across the country. Until then, he advises discerning diners to call ahead and make sure their favorite restaurants have the Impossible Burger in stock.