Home Trending How Do Pigs in China Affect Pharmaceuticals in the United States?

How Do Pigs in China Affect Pharmaceuticals in the United States?

Bennett Glace on Tuesday, September 03, 2019 Trending,
The Year of the Pig has so far proven disastrous for China's pork supply chain. An unprecedented outbreak of African Swine Fever has decimated the nation's hogs. This contagious, aggressive disease, Bloomberg reports, has killed as many as 200 million. Shortages have forced the world's most populous nation to ramp up imports (in spite of an ongoing trade war) and make do with a dearth of cold storage space. 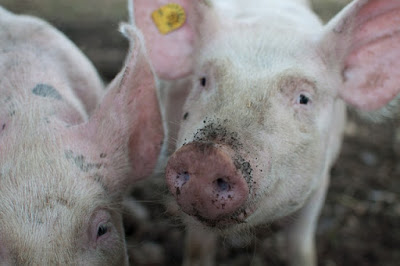 Countries including Spain and Sardinia have contended with similar outbreaks in the past. The former took more than three decades to eradicate it; the latter has yet to do so. Experts expect China will need years of careful, strategic action to rehabilitate its own ailing industry.

China's immense appetite for pork has made the country an essential source of heparin. A powerful anti-coagulant, the drug plays an important role in treating and preventing heart attacks. It's also the only anti-coagulant approved for use during open heart surgery and kidney dialysis procedures. Heparin's active pharmaceutical ingredient (API) comes from pig intestines and the Chinese pork industry provides around 80% of the world's supply.

Last month, six members of the U.S. Congress Committee on Energy and Commerce submitted an open letter to the Food & Drug Administration (FDA) in order to "raise concerns" about the heparin supply chain and "learn of any contingency plans in the event of a serious shortage."

Other animals can provide heparin. The letter's authors note, however, that fears around Mad Cow Disease have made pigs the sole source for more than twenty years. With more than half of the world's porcine population, China provides an instrumental link to heparin's life-saving supply chain. It's an inherently unbalanced and risky situation. 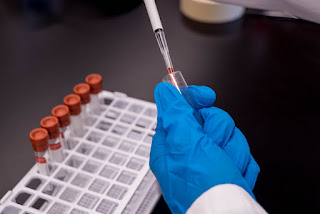 Though they express concern, the authors acknowledge that "there is no apparent evidence yet that the pig shortage in China is impacting the heparin supply in the United States." One month later, the FDA reports that the situation is still under control. "Although certain presentations of heparin have been in shortage," remarks an agency spokesperson, "the overall supply continues to meet demand."

The FDA currently lists just two organizations as experiencing shortages. Baxter International and Hospira, they report, have struggled with their respective supplies of heparin since November 2017. This week, a subsidiary of Germany-based Fresenius SE revealed its own misgivings about a potential shortage. The organization has begun to limit allocations of the drug in anticipation of further interruptions. Though the company sources its heparin from several regions, a company spokesperson expresses particular concern over "the situation in China." They have also obtained FDA approval to expand manufacturing in the United States


An Unfortunate Reminder and a Potential Path Forward

This is not the first time complications throughout the Chinese pork industry have threatened the global heparin supply. Between 2006 and 2007, an outbreak of Blue Ear Virus wreaked similar havoc throughout China's hog farms. The outbreak was not publicized for months and related statistics are still disputed. Even more troubling than the outbreak (and potential cover-up) was its aftermath. As organizations in both hemispheres scrambled, imports of tainted crude heparin found their way into America's drug supply. More than 200 patients died.

A 2008 investigation into one of Baxter's Chinese suppliers confirmed that the organization had neglected to establish processes for removing impurities. They had also sourced crude heparin from an "unacceptable" supplier. These discoveries prompted Congress to extend the FDA's purview and conduct a series of hearings. They are now concerned that the ongoing Swine Fever epidemic could produce similar ripple effects. In addition to shortages, last week's congressional letter cites "economically-minded adulteration" as cause for concern.

Last year, the FDA encouraged America's healthcare providers to begin deriving heparin from cow lungs once again. The organization, a spokesperson remarks, "has been in contract with several companies, both domestic and foreign, regarding reintroduction of bovine heparin to the U.S. market." While the substance of these conversations remains confidential, they should inspire hope that alternative sources could soon heal the heparin market.
Trending