Taco Bell poised to freshen things up with new menu 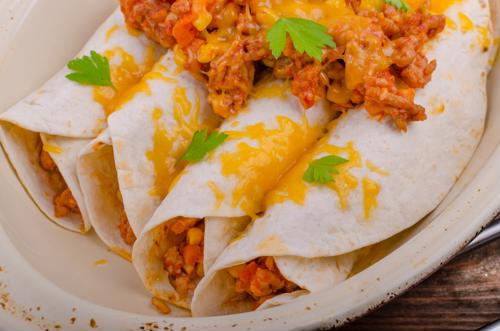 For all intents and purposes, the busy summer season is over for the nation's household-name fast food franchises. But one of America's most popular grab-and-go eateries is looking to make a splash this fall by revitalizing its menu with new options to select from, a move that is poised to rejigger the company's production supply chain.

As detailed on the company's website, Taco Bell plans to unveil a re-stylized listing of menu items starting Sept. 12 that will require fast food frequenters who have memorized what numbers go with which options to think again. For example, what was a No. 3 - the Crunchy Tacos Supreme - is now a No. 1,  and No. 3 will be the Burrito Supreme, the announcement stated.  At No. 2 is the Soft Tacos Supreme meal option, followed by the Steak Quesarito and Nachos BellGrande at Nos. 4 and 5, respectively.

In addition to the different options, the menu itself is getting a bit of a makeover as well with new colors, graphics and a more streamlined listing of meal choices.

"[W]e gave our menu a brand new look-and-feel to help make ordering easier," Taco Bell noted in the blog section of its website. "It's kind of like our version of decluttering a closet."

Some items going away
What may also come as a surprise on Sept. 12 - perhaps an unwelcome one at that - is some of the chain's staples are going away, at least for now. These include, the Chipotle Chicken Loaded Griller, the Beef Mini Quesadilla, Double Decker Taco, Power Menu Burrito and Cool Ranch & Fiery Doritos Los Tacos. The Double Decker Taco in particular been a menu selection tracing back to 2011, Restaurant Dive reported.

The Mexican food franchise recognizes that a number of its regular visitors may not appreciation the elimination of some of these selections, but encourages doubters to "get outside their comfort zone" and try some of the latest creations, which may become a new favorite.

How other chains have changed
Taco Bell isn't the first fast food chain to have revamped its menu lineup in recent months - and almost certainly won't be the last. As reported by the Nation's Restaurant News, Jack in the Box in June announced that it would "reduce redundant ingredients" from 180 restaurant locations in order to make its product supply chain more seamless and improve upon customer wait times.
Lenny Comma, Jack in the Box CEO, noted that the variety of food choices his company offered created unintended consequences for workers and associates charged with preparing customers' meals.

"We've been our own worst enemy when it comes to speed of service as the breadth of our ever-changing menu has added complexity in prep times in our kitchen."
McDonald's as well as El Pollo Loco have taken similar measures, all in a bid to increase efficiencies and decrease redundancies. In short, they're all looking to bring the "fast" back to fast food.
Procurement News