Poll: Websites must hit the spot for diners to try restaurants 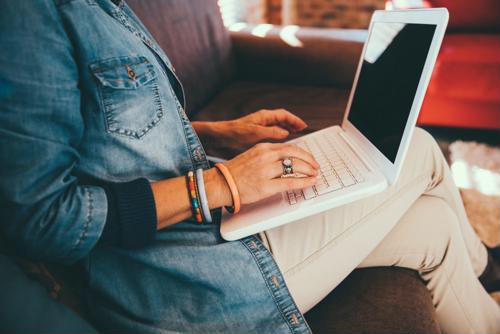 When it comes to ensuring dining guests get everything they expect when patronizing a restaurant, a few key considerations come to mind. Perhaps topping them all is delicious food. In a not-too-distant second is great service, with affordable prices another core component to success.

However, a new survey suggests that if restaurateurs' websites aren't up to par, patrons may not bother to seek a table for two.

Approximately 80% of Americans attest to the fact that they usually turn to the internet to see if a potential dining location has an online presence before paying a visit, according to a recent poll conducted by MGH, a marketing communications agency. Of those who do or have, more than two-thirds say they've reconsidered trying a place because they viewed the website as poor or substandard.

"45% of respondents said they look for pictures of food on websites."
Photographs are crucial
What makes or breaks a website is largely in the eye of the beholder, but one thing that is a must-have is photographs. Indeed, 45% of respondents said they go out of their way to look for pictures of food to gain context about what various dishes look like, giving credence to the notion that people first eat with their eyes. It's these same photos that have turned some diners off, as 36% indicated images were more detracting than attracting.

Andy Malis, MGH CEO, said pictures are truly worth a thousand words in the restaurant biz, especially when they're viewed from a computer screen or mobile device.

"A website is the centerpiece of any business - no matter the industry," Malis explained. "So it's no surprise that photography places a huge role in encouraging or discouraging diners.  Additionally, consumers are becoming more web savvy and have high expectations and short attention spans when it comes to the user experience."

The MGH survey also revealed that restaurant website users place a premium on mobile-friendliness, meaning pages that are geared for smartphones and tablets. Roughly the same percentage - 36% - said the lack thereof was a turnoff and prevented them from placing an order or reservation.

8 in 10 Americans own a smartphone
Smartphones and mobile devices are as ubiquitous as ever. According to the Pew Research Center, an estimated 96% of Americans own a cell phone and 81% are smartphone users. That's up from 35% when Pew conducted a similar poll in 2011.

"Restaurateurs should take note of these key findings and evaluate their current website to determine if their website needs a refresh or confirm that what exists is working," Malis advised.

Of course, the quality of a website - or lack thereof - isn't the only pet peeve for restaurant goers, which may ultimately compromise eateries' production supply chain with fewer people to serve. First impressions are everything in the food and hospitality industry, as 82% of respondents in a separate study done by  Zoro said poor service was a major culinary offense. A slightly smaller percentage said dirty bathrooms were a significant no-no and 80% cited lengthy wait times.

"These findings show that every member of a restaurant's staff, from the owner to the valet driver, needs to prioritize cleanliness and professionalism," Collilton cautioned. "Even one mistake in either of these areas can affect your restaurant's bottom line and turn a loyal customer into someone who puts your restaurant on blast via Twitter or Yelp."
Procurement News