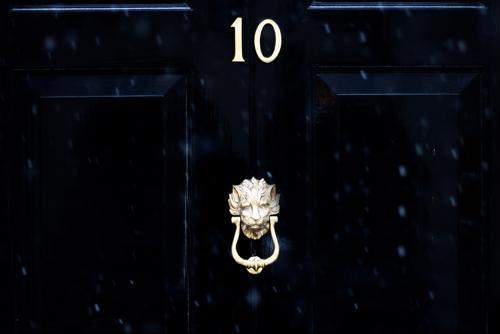 The current indecision and uncertainty swirling around the United Kingdom's decision to leave the European Union has global markets on edge. The economic power of the U.K. makes it an important part of many global supply chains, and the fact that it's not clear what comes next in its ongoing Brexit drama leaves lots of lingering questions.

Given the long runway a U.K. withdrawal from the EU has necessitated, companies at various steps of the supply chain have had plenty of opportunity to strategize for just about any kind of outcome, according to Venture Beat. The same has been true, in large part, of the unpredictable changes to tariffs between the U.S. and China, but Brexit poses a unique problem because of the number of potential different paths forward.

What's almost guaranteed as part of this entire process, however, is companies can expect products to be delayed for longer as they enter or exit the U.K., and already many within the country are stockpiling inventories - at higher costs to themselves, the report said. Consequently, many businesses may benefit from taking a holisitic look at their operations and determining the best path forward for every decision from a negotiated leave, or a no-deal Brexit that creates potentially major problems.

Where it stands
Currently, the nation is on track to pull out of the EU at the end of October, potentially with no deal to do so in place, according to Bloomberg News. The U.K. is now issuing warnings about the potential fallout from such a decision, including the risk of running short of fuel, food and even clean water. Consequently, prices are likely to rise - possibly by considerable margins - and such issues could be exacerbated by the arrival of colder weather in late autumn and early winter (which requires more use of electricity and fossil fuels), as well as food demand spiking around the holiday season.

Currently, the U.K. government estimates wait times at its ports could at least double on the first day after exiting the EU, creating a backlog that could last as long as six months, the report said. During that time, drug imports in particular could slow to a crawl, and potentially increase prices dramatically. Even financial services are expected to be impacted by a no-deal Brexit.

What can be done?
Right now, the U.K. gets about 40% of all its food from the EU or trade deals negotiated through it, and while the government expects shortages to be limited in scope, they will likely persist nonetheless, according to The Grocer. However, those in the food supply chain may have difficulties predicting how to react because shortages around a Brexit in October or January likely wouldn't be as impactful as one later in the new year, such as March.

The more companies can do to strategize for just about any type of Brexit - regardless of when it happens in the next several months - the better off they will be to navigate the supply chain snags that are almost guaranteed to come with it.
Procurement News