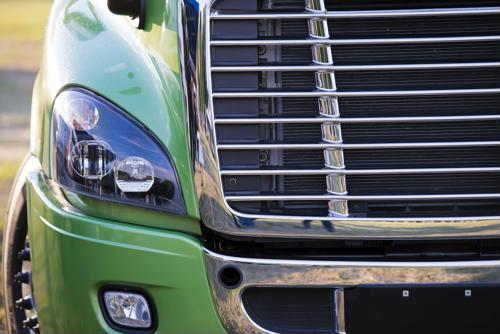 From increasing salary and benefit offerings to expanding their recruitment net, motor carriers continue to use a number of different strategies to resolve the ongoing driver shortage affecting the trucking industry. While these approaches have worked to varying degrees of success, the fallout from the shortfall has proven too much to bear for some companies - forcing many of them to close, new data shows.

According to Brought Capital statistics obtained by Supply Chain Dive, the number of trucking companies that folded in the first half of 2019 reached 640. That's a three-fold increase from 2018 during the corresponding period.

"So when your costs increase and the spot prices go down, to the extent that you're exposed to spot, you can go from being profitable to unprofitable very quickly," Broughton explained.

He further noted how several trucking firms upgraded their equipment in 2018 to replace the wear and tear of what they had previously. The spot market was in better shape 12 months ago so many companies had the money to spend. Their strategic investments came at an inopportune time, as it turns out, because spot rates have since slipped.

Meanwhile, operating ratios (ORs) throughout much of 2019 haven't gone particularly well for motor carriers either, averaging 100% since the year began, according to FreightWaves. This means for every dollar trucking firms earn in revenue, virtually the entirety of that total goes toward the day-to-day expenses of keeping the company afloat. This further explains why the number of motor carriers going out of business rose so dramatically over such a short period of time. OR ratio conditions were slightly better in 2017 at 99%.

Bob Costello, chief economist at ATA, noted that a lot of things went well for carriers last year, and the earnings data reflects that.

"2018 was a year of dynamic growth for the trucking industry," Costello explained.

What explains the disconnect, where some companies are doing well, while others are suffering? The apparent paradox may be attributable to the composition of the firms going under. Smaller companies with six trucks or fewer - which accounts for 91.3% of fleets in the U.S. - are doing well overall, while larger firms have experienced adversity. Through the first half of 2019, the average size of firms that ceased operations was 30 trucks. In 2018, the average was nine.

Early indications are positive
As for what the short-term future holds, no one knows for certain. However, there are signs of encouragement, as demand for delivery services is expected to pick up steam with the all-important holiday season just around the corner. Retail - one of the trucking industry's most active sectors in terms of freight tonnage and orders - has experienced growth over much of 2019 thanks to healthy consumer spending and optimism about the country's economy. In July, retail sales rose 1% on a seasonally adjusted basis from June and 5.6% unadjusted from 12 months earlier, the National Retail Federation reported.