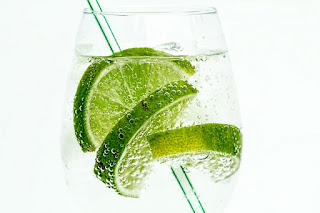 A niche product as recently as 2018, spiked seltzer had one hell of a summer. Thanks to savvy social marketing and a slew of low-calorie, (relatively) high-alcohol offerings, brands like Bon & Viv and Truly have lately become a fixture at America's barbecues and beach houses. It's another brand, however, that's made the most notable impact in this increasingly-crowded market. White Claw, a product of Mark Anthony Brands, stands out as the Summer of Seltzer's clear winner. This July saw White Claw realize a 283% sales increase as compared to the same period last year.

America's taste in alcohol is evolving. While craft beer remains ubiquitous, young consumers are increasingly calorie-conscious. Since 2015, beer consumption has declined by nearly three percent. Bud Light, by far the nation's most popular brand, experienced a 17% dip between 2012 and 2017. Bloomberg suggests it's not just palates changing, but lifestyles. It's possible that Millennial and Gen-Z shoppers are finding it difficult to stay healthy, active, and successful while also contending with empty carbs and hangovers. With just 100 calories and 2 carbs per can, White Claw provides a perfect solution for those looking to imbibe more responsibly.

Writing for The Atlantic, Amanda Mull recently examined White Claw's popularity. She suggests the  drink has found fans and inspired memes because of everything it isn't. Decidedly low-maintenance and inexpensive, spiked seltzer doesn't require its drinkers to style themselves as influencers or feign any sort of insider knowledge. In addition to providing cheap inebriation, White Claw offers a refutation of the "Instagram-determined good taste" that has fueled FOMO and frustration throughout the last decade.  Mull concludes with a hopeful note. "As long as you can avoid committing any crimes," she writes, "maybe your White Claw Summer never has to end."

Mull may have spoken too soon. There aren't laws when you're drinking Claws, but Claws are not immune to the laws of supply and demand. Last week, White Claw confirmed that thirst for its products has led to shortages across the country. The news inspired seltzer enthusiasts to voice despair across Twitter and encouraged the media to engage with beverage distributors. Speaking to Business Insider, one Texas-based shop owner voiced his concerns. "We're putting in orders," he remarked, "but [our distributors] have to write half of them off." While frustrated, he is hardly surprised. After all, White Claw is "reaching a market of just about everyone." Even before the current shortage,  variety packs were known to sell out quickly.

Business Insider also reports that even shoppers who've managed to find cases of White Claw aren't always satisfied. Over the last several weeks, numerous customers have taken to Twitter with complaints that they've received empty cans. The organization has not addressed this issue with an official statement.


Is Summer Really Over?

White Claw, for its part, is choosing to focus on the positive during these trying times. In addition to ensuring customers that his company is "working around the clock to increase supply," SVP of Marketing Sanjiv Gajiwala took an opportunity to underline White Claw's still-surging popularity. "Despite reported shortages,'" he remarked, "we are excited to report that market share has continued to rise from 55% to 61% in just the past eight weeks."