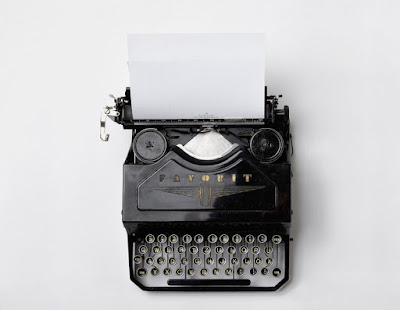 Diego De la Garza's presentation at today's Procurious Big Ideas Summit opened with a painful reminder. Asking for a show of hands, the Source One Director confirmed that nearly every thought leader in attendance had at least one thing common. They'd all seen Procurement hampered by internal resistance and lingering misconceptions. Despite their best efforts, even these experts and executives have occasionally struggled to present Procurement as anything other than a tactical, cost cutting entity.

This struggle, De la Garza acknowledged, affects everything from everyday collaboration between business units to recruitment and retention efforts. Simply put, nobody wants to work with (or for) a function they view as a necessary evil. Things get even worse when Procurement itself plays a role in limiting its potential. "We can hold ourselves back," De la Garza remarked, "by failing to market our own value."

The presentation then pivoted to another idea that everyone in attendance could agree with - Procurement is capable of so much more than it gets credit for.  Its capable of "enabling innovation, driving competitive advantages, and elevating the entire business."

From there, the focus turned to what exactly it looks like when Procurement is empowered to reach its potential. De la Garza made his case by telling several stories. Each revealed the impact he's seen Procurement make for Source One's clients. Far more than just case studies, these stories emphasized the all-important, multi-functional role the best Procurement teams are capable of serving. 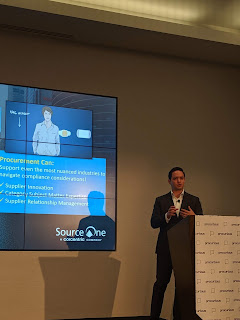 Most compelling of all was the story of Source One's efforts to innovate alongside a Pharmaceutical client. The organization had developed a great drug for the treatment of conditions including schizophrenia, bipolar disorder, and depression. They were (justifiably) satisfied with the drug, but they wanted to make it even better. They had already designed a micro-chip that could optimize treatment, but they needed an digital platform to tie it all together. Through an exhaustive vetting process, Source One was able to identify the one organization capable of meeting the client's needs. Bringing the two companies together as partners not only resulted in a cutting-edge new product, but produced considerable cost savings. Most crucially, the engagement made it possible for patients around the globe to connect with their doctors and get the best treatment possible.

Procurement doesn't always do a great job of telling its own story. "Talk to other people," De la Garza advised attendees, "communicate your wins and identify ambassadors." He suggests that a little extra effort to market Procurement's full value will make it significantly easier for the function to collaborate with its peers and rise to a more prominent position. After all, "perception is reality."