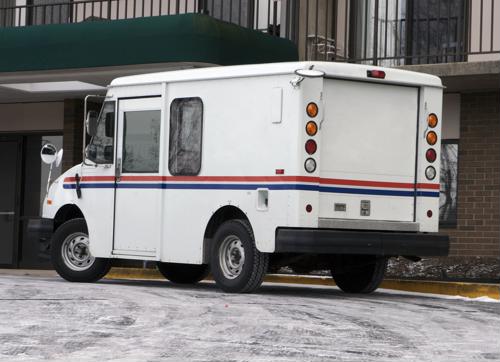 The U.S. Postal Service makes a point of noting that neither snow, sleet, rain, hail or wind can stop letter and parcel carriers from making their deliveries to homes and businesses. But wild weather can cause delays, which is exactly what's happened for the entire shipping industry as Hurricane Dorian ambles its way up the East Coast.

On Sept. 5, the USPS announced it was closing offices earlier than normal in 100 zip codes throughout the state of South Carolina due to the early effects of Dorian, disrupting previously scheduled deliveries for potentially millions of residents, according to Supply Chain Dive. The same was true for neighboring states like North Carolina and Georgia, affecting 17 and 21 zip codes, respectively.

"3 out of 4 homes in Grand Bahama Island are underwater."
Largest hurricane to every strike the Bahamas
The first major hurricane of the 2019 Atlantic season and the fourth named storm, Dorian has proven to be the storm that just won't quit. It initially formed in late August as a fairly weak tropical system, but due to its painfully slow speed - as little as 1 mile per hour at times, according to the National Weather Service - Dorian gathered substantial strength from warm ocean temperatures. It eventually reached Category-5 intensity - with wind speeds reaching in excess of 185 mph - and carved a path of destruction through the Bahamas. By latest estimates, at least 13,000 homes were destroyed and potentially thousands more experiencing devastating flooding. Area authorities told the Washington Post that out of every four homes on Grand Bahama Island, three were underwater.

With devastating images and worst-case scenario expectations in mind, the USPS made the move. Florida, initially expected to experience much of Dorian's wrath, was largely spared as Dorian's track moved more easterly than forecasters anticipated. Deliveries resumed for at least three zip codes in the Sunshine State as a result.

Other delivery companies impacted
The Postal Service wasn't the only delivery provider forced to adjust due to forces beyond their control. UPS took similar measures by alerting customers that if they were expecting to receive a package on Sept. 5, it would be delayed until further notice in evacuation zones for parts of several states along the Atlantic, specifically the Carolinas, Georgia and Florida.

"Our primary concern is the safety of our employees and therefore no pickups or delivery service will be provided in any area while under and evacuation order," UPS said in a press release. "UPS is constantly monitoring the storm system and has contingency plans under review to mitigate the effects of severe weather on our services."

No further updates were posted as of 8 a.m. on Sept. 6. Meanwhile, FedEx undertook similar precautionary measures by informing customers supply chains could be impeded temporarily with the effects of Dorian ongoing. The strength of the system has diminished to a Category 1 on the Saffir-Simpson Wind Energy Scale, according to the latest estimates from the National Oceanic and Atmospheric Administration.

"FedEx will be prepared to provide service to the best of our ability in areas affected by the storm and as local conditions allow," the company announced in a services alert.

What's next?
As for where the storm is headed moving forward, the eye is expected to shift to the southeast, with coastal parts of the New England region perhaps feeling a much weaker version of what the Bahamas received. It's scheduled to arrive in early morning hours of Sept. 7, CNN reported. Currently, it's around 30 miles off the coast of Cape Hatteras in North Carolina, according to NWS.

Tens of thousands of area businesses and residents in the Tarheel State remain in the dark after strong winds caused downed utility poles and trees in coastal communities in particular. At least 200,000 customers were without power at 8 a.m. Sept. 6, The New York Times reported. Affected businesses will likely be relying on their disaster preparedness to mitigate the fallout from Dorian in terms of productivity.
Procurement News