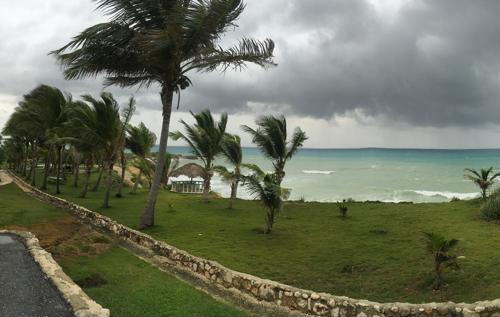 Hurricane Dorian has finally died out, but it created a number of hang-ups for American supply chains. Some clear disruptions were seen as the storm made landfall in the U.S., and experts now say more disruptions may develop in the weeks and even months ahead.

One of the big issues around Dorian is it disrupted short-term supply chains many retailers rely on heavily at this time of year in particular, according to CNBC. As a consequence of the damage the storm wrought in the Carolinas and further up the Eastern Seaboard, back-to-school shopping numbers are likely to take a big hit, meaning department stores, and just about any other business that sells non-necessity products will see sales numbers stumble. Meanwhile, grocers and home improvement retailers are likely to see the lion's share of the expenditures going elsewhere.

One estimate from Planalytics showed U.S. consumer spending could take a hit of as much as $1.5 billion from Dorian, with foot traffic to outlet stores falling nearly a third, and a quarter at apparel stores, the report said. Even Walt Disney World near Orlando, which had to reduce hours around the storm's arrival, likely lost out on significant revenues. While spending is likely to rebound in the aftermath of the storm, it could take months or more for companies to see the total amount they lost return to them.

Another industry disrupted
One sector in particular that was likely hit hard by Dorian's arrival is big pharma, which has a huge footprint in North Carolina's so-called "Research Triangle" - the area encompassing Raleigh, Durham and Chapel Hill, according to local radio station WRAL. To that end, the federal government recently issued a request for more information about how the storm potentially disrupted the industry's various supply chains.

"In efforts to ensure a full common operating picture for response to Hurricane Dorian, we are reaching out to request products that could inform our awareness of biomedical facilities within the potential impact areas," John Sellers, a program analyst with the U.S. Department of Health and Human Services Division of Critical Infrastructure Protection, wrote in a recent email to the Biotechnology Innovation Organization and similar groups, according to the station.
The hope is that such data can help HHS better determine strategies to deal with these disruptions in the future, and the intitiative has been ongoing since at least Hurricane Florence made landfall last year, the report said.

Huge impact up the coast
As Dorian first made landfall and then slowly progressed north, many ports on the East Coast had to shut down operations, placing major delays and disruptions on deliveries shipped goods, according to supply chain management expert Richard Howells, writing for Forbes. When this happened, ships handling both imports and exports either had to stay in place or re-route to safer harbors, creating significant headaches for shippers not only in the U.S., but around the world.

Certainly, the hurdles caused by Dorian aren't just limited to the supply chain, and it may take months or more before the full impact the storm brought with it becomes apparent.
Procurement News