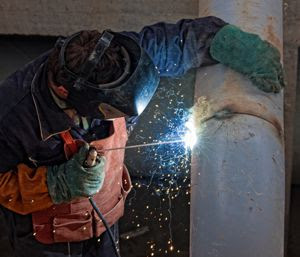 China is the world's manufacturing leader, but it is losing its cost advantage for American companies. While there are obstacles to bringing production back the U.S., many countries are beginning to consider it as a favorable option, according to Global Sources. Manufacturing costs may be a reason for American firms to reshore production.

China built up infrastructure and development areas and its population shifted to areas with more jobs as global demand increased, but this resulted in Chinese goods costing more, Packaging World stated. U.S. companies are no longer saving enough money to counter the impact of the delay for goods to reach stores, and this can create problems with cash flow. Reshoring shortens the length of time between production and sale. Labor costs in China will continue to increase between 15 to 20 percent per year, which will significantly reduce the cost advantage, Global Sources said. Labor only represents a fraction of manufacturing costs, and considering the price of long-distance shipping, companies may not be saving as much money through offshoring as they thought.

Bringing manufacturing back to the U.S. is not an easy task either, though it may ultimately result in cost savings. The Boston Consulting Group predicts that by 2020, reshoring will bring between 2.5 million and 5 million jobs back to the U.S., according to Global Sources. Companies could face a shortage of skilled workers because the manufacturing industry declined in North America as production moved to Asia. Fewer young workers are pursuing factory jobs, and many workers are retiring. Reshoring experts believe the gap can be filled as organizations move stateside.

Because much of the production of American goods occurs in other countries, there can be a shortage of suppliers if companies move production back to North America, Global Sources said. Manufacturers need to determine whether their supply chains can be reconfigured before relocating production.