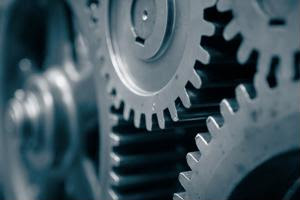 Factory activity continues to expand, though it grew at its slowest rate in the past six months, based on preliminary data from the April Markit Flash U.S. Manufacturing Purchasing Managers' Index (PMI). While economic growth decelerated, manufacturing did increase slightly. The Markit PMI has been in line with other surveys on economic growth.

The slower pace is mostly attributed to a decrease in new domestic orders, though the market for exports rose at a stronger rate than the previous month, according to the report. There was a solid increase in manufacturing employment, but it was the lowest rise since November. Some economists speculate the drop is due to concerns of the impact the government sequester will have on the cost of manufacturing, reported the Chicago Tribune.

"The biggest monthly fall in the PMI since June 2010 raises concerns that the U.S. manufacturing expansion is losing momentum rapidly as businesses and households worry about the impact of tax hikes and government spending cuts," said Chris Williamson, chief economist at Markit. "The PMI suggests that output growth has slowed from an annual pace approaching 8 percent earlier in the year to only 2 percent at the start of the second quarter." He added exports were spurring the growth of the manufacturing sector as domestic orders decrease.

The economy still on path to recovery

While some may the stagnation as a negative sign for economic recovery, the housing market has strengthened. The Commerce Department found new home sales increased by 417,000 units in March, the Chicago Tribune stated. The housing sector will likely continue to grow at a slow pace as well. Housing sales have slowed slightly because of a lack of new home availability in many regions. The housing market does not seem to have been as affected by the sequester as the manufacturing industry.