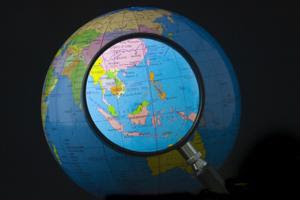 Once a top choice for offshore manufacturers, companies have begun to quietly retreat from China in favor of building factories in other Asian countries, such as Cambodia. Businesses are seeking to lessen their dependence on Chinese manufacturing, according to The New York Times.

Many companies are looking to move some of their operations to other countries to supplement their existing supply chain production. The cost of labor has risen and working conditions have improved in China, and foreign investment dropped last year for only the third time since 1980, the newspaper says. China's one child policy has decreased the working population as older workers retire. Last year was the first time Cambodia received more foreign investment than China, rising by 70 percent to reach $1.5 billion.

Cost of operation and living is still extremely low in Cambodia so companies can pay workers less than their Chinese counterparts, but in the process, foreign investments are lifting Cambodians out of poverty. Monthly wages have increased by 65 percent in the past five years, although Cambodia is still one of the poorest countries in Asia. According to the source, Pactics, a Belgian company, has introduced many benefits for their Cambodian workers, including medical and accident insurance, education allowances and free lunches.

While outsourcing factories to Cambodia is experiencing a surge in popularity and can help manufacturers reduce costs, it is unlikely companies will pull out of China entirely. Chinese factories tend to have high output, and other Southeast Asian countries lack the resources to keep up. The shift to Cambodia will most likely be gradual, but the trend is increasing. Western companies fear relying too heavily on one country for all manufacturing needs.