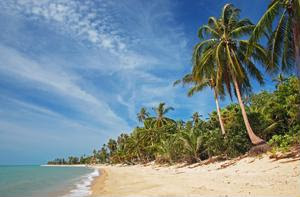 Palm oil accounts for approximately one-third of the world's vegetable oil production and is used in many foods and cosmetic products. The Kroger Corporation announced it would commit to sustainable strategic sourcing for 100 percent of the palm oil used in its production supply chain by 2015.

Some organizations have grown concerned about the use of palm oil in products because if it is not sourced responsibly, it can cause deforestation, greenhouse gas emission and loss of habitat for indigenous tribes and endangered species, according to Asian Correspondent. About 80 percent of the world's palm oil is produced in Malaysia and Indonesia, and is mainly used by multinational Western corporations. Malaysia has taken strides to reduce the environmental impacts of palm oil production by committing to maintain the forest cover of 50 percent of its land, while producing half of the world's RSPO certified sustainable palm oil. The increase in palm oil use came after changes in regulations for labeling products containing unsaturated fat.

"For the products we self-manufacture, we are proud to already source exclusively from suppliers who are RSPO members, working toward certification," said Calvin Kaufman, Kroger's group vice president of manufacturing. "Our plants are modeling the way for our third-party suppliers."

Kroger has committed to assisting their third-party suppliers in making the switch to sustainably sourced palm oil. The corporation will disclose its progress toward sustainability in its annual report and will support public policy initiatives for preventing palm oil production from expanding in rainforest territories.

While palm oil continues to grow in popularity, many consumers are becoming concerned with the effects of climate change and other negative environmental impacts. Many corporations are beginning to take precautions to ensure the palm oil used in their products is responsibly sourced.