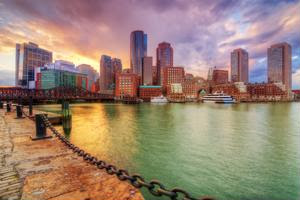 As the manhunt for the remaining suspect in Boston Marathon was carried out, it had an effect on deliveries to and from the city. Officials shut down transportation, hospitals and other services in Boston and its suburbs on Friday, and all residents were urged to stay in their homes with the doors locked. All truckers heading into the Boston metropolitan area for a delivery or pick up were told to contact a dispatcher to find out if the business was open, according to The Trucker.

No highways were closed, although all traffic in the Watertown area was suspended, according to CNN. All modes of mass transit including trains, buses and ferries were shut down on Friday morning, and businesses were asked not to open on Friday. Authorities recommended residents of Watertown, Newton, Arlington, Waltham, Belmont, Cambridge and the Allston-Brighton neighborhoods of Boston to stay home. At least a quarter of a million people live in the affected areas, according to The Trucker. The announcement came after one of the suspects and a university police officer were fatally wounded in a clash, which occurred shortly after the FBI released photos of the suspects.

FedEx and United Parcel Service also reported there may be delays in the Boston Area last week, according to Fox Business. FedEx reported disruptions could occur in several metropolitan areas, but the company was trying to put contingency plans in place to resume regular service. UPS's website said its service guarantee does not apply when transportation networks are disturbed by forces outside its control, though the company was trying to operate through accessible roadways. Many shipping companies prepare strategies for natural disasters, but unexpected events can present different challenges for logistics.