Home Nearshoring Cost of manufacturing in China approaching US level

Cost of manufacturing in China approaching US level 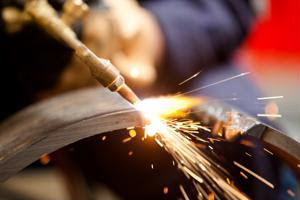 The United States is gaining a competitive edge for manufacturers as costs rise in China, according to a new study from consulting firm AlixPartners. China was previously seen as the cheapest location for offshore manufacturing, but the research found production costs in China and the U.S. would be equal by 2015.

The price to ship goods from China to other areas of the world is high. As worker conditions improved, the cost of labor increased, and Chinese currency gained value, meaning much of the competitive advantage of manufacturing in China has disappeared, according to CNBC. Manufacturers knew rising costs would be a risk they would have to face eventually, but they did not know how quickly it would happen.

Approximately 58 percent of the participants in the AlixPartners survey said production had already been nearshored or was being considered for insourcing. Thirty-seven percent of manufacturing executives said the U.S. would be their location of choice for moving production.

The survey found Mexico and India may be attractive destinations for companies because cost of manufacturing is cheaper and has increased at a much slower rate than China. However, AlixPartners warns companies to carefully consider product type, location, transportation and cost of raw materials before deciding to nearshore.

"Without question, these are absolutely critical decisions for company leaders," said Foster Finley, AlixPartners managing director. "When it comes to moving production, companies should look twice before they leap. "Not only do product-cost variables vary widely by product type, but several factors, such as exchange rates, materials costs and labor agreements, can all have a dramatic impact on the outcome."

While many companies may decide to move manufacturing operations to capture cost advantages in the long run, there can be impediments to nearshoring including labor shortages in the U.S. and the huge cost of moving operations. AlixPartners says it should be considered on a case-by-case business to determine the most cost-effective decision.