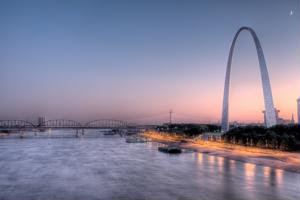 The U.S. Coast Guard is considering placing shipping restrictions on the Illinois River after severe flooding led to closing of several locks and barge accidents, according to Reuters. The natural disaster occurred three months after the Mississippi River was nearly closed because the water level was at a record low. Dozens of locks along Mississippi and Illinois have been closed until the water levels withdraw.

On Saturday, 114 barges broke free from a fleeting area on the Mississippi River near St. Louis due to the high water levels, and 11 barges filled with coal sank. A section of the river was closed to allow salvage crews to recover the wreckage. On the Illinois River, a loose barge struck a dam, and the damage cannot be assessed until the water recedes, reported Reuters.

"We're looking at all options to get navigation flowing again," said U.S. Coast Guard spokesman Colin Fogarty to Reuters. "However, until we can get the surveyors and the salvors out onto the scene it is difficult to say how soon we can get the river back open."

The flooding may continue to impact distribution supply chains and could lead to commodity price increases. Cash offered to grain and soybean farmers dropped because of the barge stoppages, according to Reuters. Sixty percent of the grain grown in the U.S. is shipped along the Mississippi, so suppliers have tried to find alternative methods. Prices for barge shipments from the Gulf of Mexico have risen, and the Coast Guard has no estimate for when river shipping operations may return to normal.

The Mississippi River may rise further before cresting, said the St. Louis Post-Dispatch. More rain is expected, which could continue to affect river closures. Reuters reported some of the locks may be closed until early May.