Home Unlabelled US import and export prices dropped in March

US import and export prices dropped in March 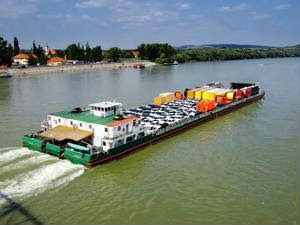 United States import prices fell in March as fuel costs declined, according to a report released by the Department of Labor.

Import prices dropped by 0.5 percent in March, which was the first decrease since December 2012. Imported fuel prices fell by 1.9 percent last month. Fuel prices have decreased by 10.4 percent in the past 12 months, according to Bloomberg. The falling prices could signify stabilizing inflation, which will allow the economy to remain on its current track to recovery, according to Fox Business.

Cost reductions for industrial supplies and materials, consumer goods, cars and capital goods contributed to the March decrease in prices. The value of imported automobiles dropped by 0.3 percent, which was the largest decrease since December 2011, reported Bloomberg. Costs of imports from China fell by 0.2 percent, which was the largest year-to-year drop since February 2010.

Export prices also experienced a decrease, falling 0.4 percent after gains in January and February. This decline was all driven by decreasing fuel costs, the report demonstrated. Agricultural exports also fell 1.8 percent in March after experiencing a 2.1 percent gain in February. The report stated fruit and wheat prices both decreased significantly in March, which were the biggest contributing factors. However, export prices have risen by 8.8 percent in the past year.

According to Fox Business, the falling import and export prices could indicate a strengthening in the inflation adjusted trade-weighted dollar index, which could be a positive sign that the economy is still on track to recover. Another Labor Department report revealed that the elevated number of jobless claims dropped by 42,000 according to Bloomberg.