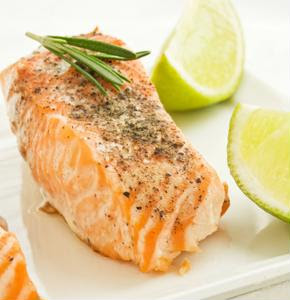 After horse meat was found to taint a portion of the beef supply in Europe, consumers across the world are becoming more cautious about what they purchase and taking the steps necessary to ensure the meat they're buying is what they believe it to be. However, this may not be possible for customers purchasing fish in the United States, as a new conservation organization Oceana study revealed an astounding portion of fish sold within the country's grocery stores is mislabeled.

The research showed 33 percent of all samples tested were labeled incorrectly, and this rate was especially high for certain types of fish. Eighty-seven percent of fish labeled as snapper was actually something else, while 59 percent of tuna samples had the same problem. This issue isn't just prevalent within the U.S. Another recent study revealed 7.4 percent of cod sold in the United Kingdom and 28.4 percent of the fish sold in Ireland is actually a different species.

Many experts speculate this labeling is the result of intentional deception further down the supply chain. Some companies or fishermen may deliberately sell less desirable fish as a popular or more expensive item to bring in higher profits. However, some of the incorrect labels could be the result of honest mistakes - it's difficult for most people to tell the difference between species of fish, especially if they're not completely intact, which can result in misidentification of the products during the procurement or packaging process.

This deception can have serious repercussions for purchasers. Not only could they be paying high prices for a product they didn't intend to buy, this disturbing trend could also have health consequences for those who unknowingly eat fish the U.S. Food and Drug Administration cautions against consuming.