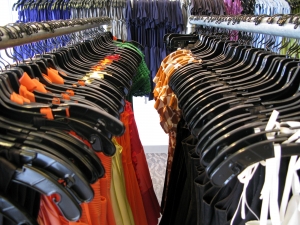 Ethics and fashion are often two things that never quite seem to go hand in hand. However, one company is aiming to change that standard by releasing the full details of its supply chain to the public. Swedish fashion giant H&M recently became the first company in the clothing industry to release a complete report of the names and locations of all of their factories and suppliers, covering roughly 95% of their order volume. A frequent recipient of sustainability awards, H&M decided to take their commitment to ethical fashion one step further hoping to not only influence market trends but also to urge their competitors to do the same.

Not only does the list make them one of the most transparent fashion retailers in the industry, it has also revealed that they are one of the most sustainable. For the second year in a row the report has shown that H&M is one of the largest users of organic cotton. Additionally, the report reveals that H&M has also taken action in an attempt to reduce their annual usage of 450 million liters of water. Beginning in the early 90’s, H&M has focused on creating “green” fashion turning this trend into a long-term commitment for the company.

Following the release of the report and just in time for Earth Day, H&M further solidified their commitment to sustainability and green fashion by launching their newest line, the “Conscious Exclusive” collection. The second line in the collection is constructed of entirely sustainable materials including recycled polyester chiffon and organic cotton. What has resulted is a collection of chic, Hollywood –inspired garments, perfect for spring time, that has become a hit with celebrities and has even been recently seen on the red carpet. More astounding are the prices, not only is this collection eco-friendly it’s also affordable, a word seldom used in conjunction with fashion. Prices in the collection, which feature pieces for both men and women, range from $34.95 to $299.