Home Unlabelled Surge in copper production may drive prices down

Surge in copper production may drive prices down 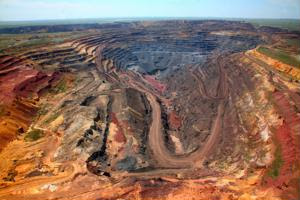 Copper is one of the most versatile metals due to its wide variety of uses including being used in electrical wiring, pipes and the construction industry. United States copper mining production for 2012 was the highest since 2009, according to new data from the U.S. Geological Survey (USGS). Procurement of copper is increasing globally as well because of the expansion of the world's largest mine in Chile.

Previously, global production was not able to keep up with the demand for copper. Chinese consumption as well as U.S. production are increasing. Below are some other figures that represent the current state of the copper market:

Last week, copper prices fell to $7,331 per ton at the London Metal Exchange, the world center for industrial metals trading. This is a 28 percent decrease from the record high in 2011. With high demand, most mines remain profitable, even with the current prices, and some believe that this will continue to drop raw material costs.

Some traders believe the forecasted price drops for copper are shortsighted, according to the Financial Times. Experts think stocks in warehouses in China have depleted quickly in recent weeks, which will continue to fuel demand.