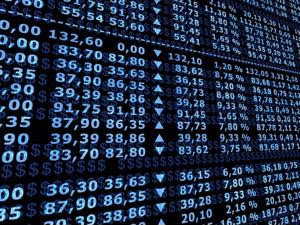 The drop in gold prices and general weakness in commodity prices could be an indication that economic growth is slowing, Forbes reported. China is expressing less demand for raw materials and manufacturing orders have dropped. The European Union is undergoing austerity measures to battle the recession. Recently, the International Monetary Fund reduced its global growth forecast for the year from 3.5 percent to 3.3 percent, citing economic weakness in Europe as an impediment to worldwide growth. In the U.S., inflation predications from producer and consumer price indexes are less than expected.

The relatively low inflation rates have hurt the price of gold and other precious metals. Gold is currently 28 percent away from its record high. Other commodities have suffered as well with crude oil and corn both experiencing significant drops.

Though economists are concerned about the impact the drop in commodity prices will have on the economy's recovery, the lower costs could be beneficial to manufacturers and sourcing companies, according to NBC News. The decrease in commodity costs has affected a wide range of raw materials used in production. Copper, a versatile metal used in electronics and construction, is at an 18 month low because of the reduced demand in China, and iron and steel prices dropped as well. This lowers production costs in many different industries, from steel beams used in buildings to auto parts, the source reported. Food manufacturers and the clothing industry have also benefited from the reduced price of commodities.

While demand for raw materials may not be as be high, U.S. exports to Asia remain strong. The American auto industry is experiencing an increase of exports to Japan, Hong Kong, Taiwan and South Korea, NBC News stated. Despite economic slowdowns in Europe and China, some economists do not expect U.S. exports to suffer.