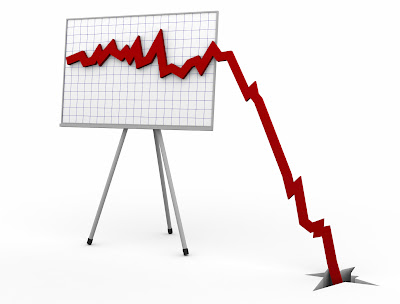 If you know a little bit about computers, then you’ve probably heard of AMD. Advanced Micro Devices is the #2 producer of computer processors, in terms of scale, and is far behind #1 producer Intel. In an in-depth pair of articles produced earlier this week, Ars Technica chronicled the company’s rise and fall in the technology industry, and some of their failings sound really familiar.

AMD Did Not Control Spending

The article is full of quotes from former execs and analysts who have watched AMD get battered in the marketplace. Atiq Raza, the company’s former president, CTO, and COO is quoted as saying “There’s no control on spending”. Raza left the company after a dispute with AMD founder and then-CEO Jerry Sanders, when the latter decided to build an unneeded fabrication plant in Germany using borrowed money.

The article details how the AMD sales team was adorned in Rolexes and were encouraged to spend loosely, then mentions a New York Times article from 1989 detailing the company’s less-than-thrifty habits. Finally, it lists Raza recounting an early, foreboding discussion with Sanders. Sanders states “I have always spent more than I make”, leading Raza to respond with “I hope you don’t do it at AMD”, then recounting that Sanders, in fact, did.

AMD Did Not Have a Strategic Plan

AMD’s former CFO, Fran Barton, recalled how the company went from one near-disaster to another seemingly every other week. He tells that Mondays would be full of reports citing dropping yield and financial catastrophe, which would be resolved by the end of the week. Each time, he said, Sanders firmly delegated assignments that would lead to the next weeks’ flame ups. In the dust-up that saw the departure of Raza, when the German fabrication plant was ordered, Raza is quoted saying “I told him: don’t do it. I put the orders on hold. He didn’t tell me and accelerated the entire process.”

The fab facilities that led to Raza’s departure also cast a heavy weight on the company’s bottom line. Each facility cost billions of dollars, funded on the future sales of processors, and AMD produced over demand and under capacity, costing them money on both ends through excess inventory and less-than-optimized production facilities.

The article lists the problems that accompanied AMD’s acquisition of ATI in 2006. Ian McNaughton, AMD’s former marketing manager, is quoted saying that the ideas of combining processors and graphics companies made sense, but their implementation failed, saying “This was an acquisition treated like a merger. AMD people were AMD people; ATI people were ATI people.”

From poorly managed spending, to poor planning and strategizing, to poor business processes, AMD inflicted a number of ills against itself as reported in the Ars Technica series, and every organization should see a bit of themselves in them and learn a valuable lesson.

Read the articles here and here.