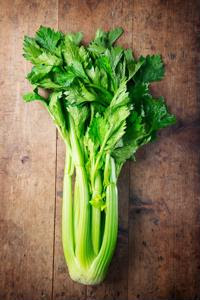 Many Americans believe organic food products are healthier and are concerned about the environmental impacts of sustainable procurement, but most feel that an organic label is an excuse for food producers to charge more, according to a recent Harris Poll.

The unemployment rate and housing market appear to be on a solid road to recovery, and consumer confidence is returning, but U.S. shoppers do not seem too eager to spend extra money on organic  products, even as concerns for the environment are on the rise.

"What surprised us most was that while Americans are showing more concern for the environment, they aren't necessarily willing to pay more to do anything about it," said Mike de Vere, president of Harris Interactive. "While Americans feel better about the economy, many are wary of the 'greenwashing' concept that gives companies a change to cash in on consumers who want to help the planet but are confused by all the eco-friendly jargon."

An organic label can be highly influential to consumers. Recent research from Cornell University indicated people were more likely to think the food with the organic label had higher nutritional value and fewer calories. According to the Harris Poll, 55 percent of Americans perceive organic food as healthier.

The Harris research found Americans were divided on the easiness of leading a green lifestyle. Eight in 10 Americans said they would seek out sustainable products, but only 30 percent are willing to pay more. Efforts to be more environmentally conscious appear to have leveled off with 63 percent of those surveyed saying they were making the same amount of effort as last year. While people want products that are sustainably sourced, they cannot get around the extra cost.