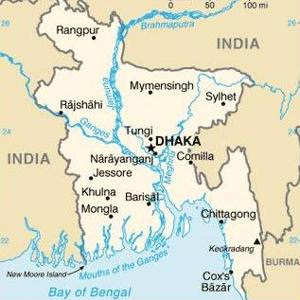 The collapse of an eight-story garment factory in the Bangladeshi capital of Dhaka is drawing attention to unsafe working conditions in Asian facilities. At least 700 factory workers have died in building collapses and fires in the Dhaka region alone in the past decade, CNN reported, and most of these deaths could have been prevented by following safety regulations. Manufacturing costs are much lower in Asia, particularly because Bangladesh has the cheapest labor, but sourcing companies may need to investigate the quality of conditions in their overseas facilities.

Bangladesh boasts a $20 billion garment industry that supplies retailers around the world with low cost clothing. This industry accounts for more than 80 percent of the country's exports and has created four million jobs, BBC said. Garment factories have provided a great deal of employment to women living below the poverty line. Low cost of labor and fiscal advantages such as duty-free import of fabrics have made Bangladesh an attractive manufacturing destination for retail suppliers. However, safety regulations are sometimes ignored as corporations pursue cost savings objectives. North American companies are subject to more safety inspections, according to CNN, but conditions can be more difficult to monitor when production has been sent offshore to Asia.

"In my view, 50 percent of garment factories are located on premises which are not safe," Bangladeshi senior government official Mainuddin Khondker told BBC. He also admit no action has been taken against factory owners or landlords for safety violation or inadequate fire preparation. The garment industry has created so many jobs in Bangladesh that the local government is reluctant to get involved. The most recent major incident before the collapse was a fire in November in a factory with no fire exits, CNN reported.

Demand for low cost clothing remained high, especially during the recession. CNN said businesses need to be responsible for ensuring factory employees in offshore facilities are working in safe conditions.