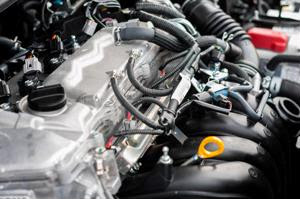 General Motors recently announced its plan to invest $332 million in four domestic manufacturing plants in the Midwest for production of new fuel-efficient engines and transmissions.

The funding will be directed toward plants in Flint and Bay City, Michigan, Bedford, Indiana, and Toledo, Ohio, in support of production of a new Ecotec small gas engine, a new V-6 engine, an 8-speed transmission and improvements to an existing 6-speed transmission. GM also announced a $46 million addition to the previously planned $600 million investment for factories in Romulus and Saginaw, Michigan, for the V-6 project.

"We are investing in technologies and manufacturing capabilities that produce high-quality, fuel-efficient vehicles and components for our customers," said Diana Tremblay, vice president of GM North American Manufacturing. "Today's announcement demonstrates GM's commitment to growing the business and strengthening the plant communities where we receive so much support."

Increasing production to keep up with competition

Auto sales are on the rise in the U.S., particularly in the truck segment as the construction business begins to recover, and GM wants to keep up with their competitors. According to AOL, GM CEO Dan Akerson said last summer that their engines and transmissions were falling behind since other auto companies are utilizing more efficient transmissions with more gears.

The Ecotec is part of a rapidly growing family of engines that could top 2 million engines a year by the end of the decade, according to CBS Detroit. The new GM Ecotec engine will have improved fuel economy, better performance and reduced emissions. The new 8-speed automatic transmission will also have better fuel efficiency and performance, and GM has not announced any details about the new V-6.

GM will not be adding any new jobs, but in a statement, they said the investments will retain 1,650 jobs between the six plants by offsetting manufacturing labor costs. GM is planning to spend $1.5 billion in its North American factories this year.