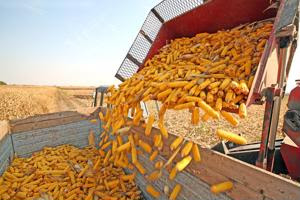 After the 2012 drought devastated crops across the country, it was more costly for both businesses and consumers to purchase corn products, such as animal feed, ethanol and corn-fed livestock. However, procurement isn't likely to be nearly as expensive this year, as it's expected American farmers will plant the most corn since 1936.

Experts anticipate farmers will sow about 97.3 million acres of corn in 2013, which could help rebuild limited supplies and ease drought-inflated prices. According to Reuters, corn futures for May are steadily dropping and trading is on the rise as fears of continuing drought lessen. This could mean livestock producers see a drop in the cost of feed, causing meat and other food prices to lower significantly.

However, the increase in planted corn comes at the expense of another major crop. Farmers are devoting less land to soybeans this year, with an expected planting of 77.1 million acres. While down when compared to last year, the number is still expected to be one of the largest on record.

While it is expected crop yields will be far better than last year, concerns about the weather are still prevalent among farmers, consumers and meat and food producers. If rainfall levels mimic last year's weather patterns, harvested crops could fail to meet expectations, resulting in more price hikes and limited quantities of the grains. This could pose a problem for American farmers, as Bloomberg reported United States Department of Agriculture (USDA) records show corn and soybeans are the two most valuable domestically grown crops. Therefore, a poor growing season wouldn't just have an effect on purchasers - it could limit the livelihood and future prospects of the nation's largest crop growers.