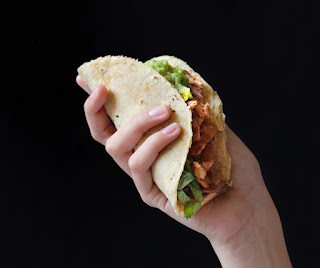 In early July, Taco Bell customers in cities including Philadelphia, Louisville, and Nashville got some disappointing news. Menu staples including quesadillas and burritos were temporarily unavailable due to what one Reddit user called a "tortillapocalypse." The news earned coverage on local stations across the country, inspired harried managers to issue apologies, and left diners without their fast food fix for over a week. One Louisville citizen even dialed 911 to report the incident.

At the time, Taco Bell spokespeople encouraged customers to opt for tortilla-free items and blamed "supplier shortages" for the inconvenience. The Irvine, CA-based chain also provided a guarantee that it was "working diligently" with these suppliers to correct the situation. Taco Bell touted this collaboration once again when it announced that shortages were over. On July 11, following days of stalled sales and social media disbelief, the company announced, "We have worked closely with our suppliers to resolve any shortages."

They provided no other explanation and no details regarding the number of affected locations.

Yum Brands CEO Greg Creed addressed the situation (somewhat) more directly in an earnings call last week. Creed confirmed that the widespread shortages had an impact on sales and expressed his conviction that running out of a "core menu item" was altogether "unacceptable." Notably, he also appeared to lay the blame squarely at the feet of Taco Bell's suppliers. Rather than pointing the finger at the chain's internal Procurement unit, Creed confirmed that it had "taken [the shortage] up with suppliers."

While it was certainly an embarrassing and harrowing situation for the fast food giant, the tortilla shortage was not enough to fully stymie its sales progress. Though locations across the East Coast and Mid-West certainly saw sales dip, the organization as a whole is experiencing  10% in total growth.

The incident still, however, provides a valuable lesson in the importance of planning ahead and maintaining a close, collaborative relationship with suppliers. By identifying alternative sources of supply or performing more effective audits, it's possible Taco Bell might have addressed the "tortillapocalypse" more proactively. Moving forward, these efforts will ensure core menu items are always at-hand and consumers are never tempted to identify "alternative sources" for their favorite fast food items. With Burger King now entering the taco market, Taco Bell will have to work especially hard to satisfy and retain its hungry base.
Trending