Ethical Sourcing is In Style for the High Fashion Industry 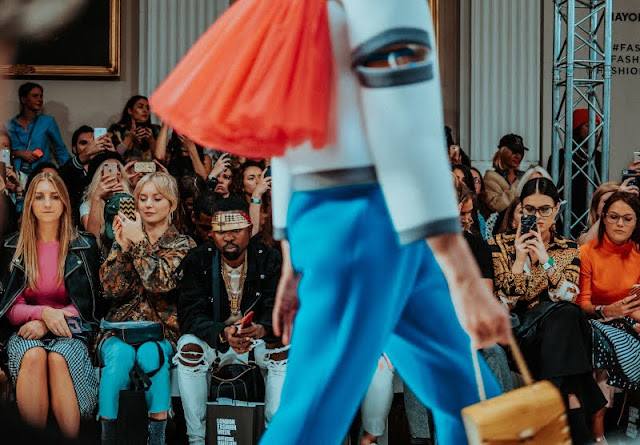 The beleaguered worlds of high fashion and luxury retail ended a turbulent 2018 on a surprisingly hopeful (and ethical) note. In December, more than 40 brands signed the Fashion Industry Charter for Climate Action and committed themselves to a series of ambitious UN-backed initiatives. Most notably, charter members have pledged to build an emission-free supply chain by 2050. This was but one piece of what the LA Times' Adam Tschorn has termed a "great awokening" for fashion. While the industry has long inspired scorn for encouraging shoppers to consume - and encouraging models to do the opposite - it's recently seen a number of potentially transformative shifts.

Tschorn cites Stella McCartney's new partnership with LVMH as evidence of fashion's new, more progressive direction. While many details about the partnership are still mysterious, the motivations behind it were immediately clear. McCartney, LVMH Chariman and CEO Bernad Arnault remarked, "was the first to put sustainability and ethical issues on the front stage." As a Charter signee, she promises to play an essential role in building more ethical partnerships throughout the coming years.

Ralph Lauren will set climate action goals by year's end, Prada will no longer use fur, and Kering will only employ models over the age of 18. And those are just a few of the changes fashion has seen over the last few months.

Some of the fashion world's recent moves are the direct result of top-down pressure. Fur, for example, has gone from controversial to illegal in certain regions. With bans already on the books in Los Angeles and West Hollywood, the entire state of California could be next. When Prada eliminated fur back in May, the Italian luxury brand joined Burberry, Chanel, Coach, Michael Kors, and others. Canada Goose - one of fur's few remaining champions - is facing renewed controversy as the Federal Trade Commission investigates its "ethical sourcing" claims. Legislation and consumer advocacy could soon force the organization to rethink its policies.

Tschorn notes, however, that the majority of fashion's recent shift "seems to be bubbling up from below." It's consumers, not governments, that are driving brands to change the ways they source and market their products. Deloitte's latest millennial survey found that ethics and responsibility are often the differentiator for young shoppers. 36% of respondents said they have "started or deepened" a relationship with a brand because of its ethical behavior. Another 37% "stopped or lessened" one because of unethical practices. Generation Z, studies suggest, feels even more strongly.

P.J. Smith, fashion policy director for the Humane Society, belives that corporations are eager to better serve a new, more socially engaged generation of shoppers. In an interview with Tschorn, he said, "I think they're looking to reach Generation Z . . . the buying power of that generation is going to be so much bigger than the boomers', and they know that the consumers care about these issues - sustainability [and] animal welfare." They're not just making changes that cater to young shoppers' tastes, but also taking to social media to boost awareness and engage with this generation more directly.

Others reject the idea that young consumers alone are re-shaping fashion. Designer Tracy Reese believes a "great sense of urgency" has impressed customers of all ages. She contends that corporations and citizens alike have come to a realization. "If we don't make dramatic change in the next 10 years," she says, " then we won't survive."

Tschorn concludes with a grave reminder that the fashion industry has yet to address what is perhaps it's most conspicuous problem - labor exploitation overseas. Last year, North Carolina-based Badger Sportswear learned that even third-party inspections are often insufficient to eradicate forced labor. Businesses need to take the hard work of setting and enforcing labor standards into their own hands The call for transparency is growing louder. It's time for the fashion value chain to answer it and to provide a definitive answer to one burning question: "Who made my clothes?"