Home Unlabelled J.C. Penney Hopes to Turn Around its Unsuccessful Past

J.C. Penney Hopes to Turn Around its Unsuccessful Past 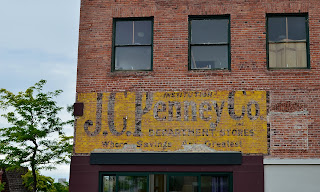 Since J.C. Penney’s decline, beginning in 2009, the company has made efforts to rebrand itself in hopes of spiking sales and creating opportunity. Last year, sales for J.C. Penney fell 25 percent: a net loss of $985 million. J.C. Penney was largely affected by the Great Recession and in the period of 2009 to 2011, the company witnessed their yearly revenue decrease by one billion dollars. In 2007, J.C. Penney’s yearly revenue peaked at $20.18 billion, compared to its current revenue of $11.7 billion. Throughout the recession, shoppers who would frequently purchase at J.C. Penney turned to cheaper stores.

However, J.C. Penney’s rapid downfall is mostly attributed to its former CEO Ron Johnson, appointed in 2011. Under Johnson’s management, J.C. Penney changed its marketing method and its pricing model. The goal was to appeal to wealthier shoppers and turn J.C. Penney into a more upscale retail store. J.C. Penney also stopped carrying many brands which were mostly purchased by low-income and middle-income customers, who made up a large share of J.C. Penney’s customers. Prior to 2011, the company had a successful private label program and their management properly handled costs and shortened the supply chain.

Johnson wanted J.C. Penney to stand out from its competitors and introduced a unique shopping experience: a store within-a-store-concept. Customers could indulge in services such as manicures, an effort to convert the company into more than just a retail store. Nonetheless, Johnson’s focus on tailoring to a higher-income market was a tough call in a time where many Americans had lost their jobs or were struggling financially.

Another substantial mistake was terminating clearance sales and coupons. Instead of pricing their products and then lowering the price-tag after six weeks of sitting on the shelves, Johnson decided to not waste retail space and capital, so he decided to initially list products at an already reduced price. However, customers want to feel that they are saving money and find good deals; therefore, this tactic proved ineffective. As a result, sales declined by $4.3 billion in 2012. J.C. Penney’s stock (JCP) also took a hit; its highest stock price was $82 in 2007, compared to $27 in 2011 and a current low of $0.60 a share.

Ever since the Ron Johnson era, J.C. Penney has been working to increase its revenue and satisfy its investors. However, with Amazon conquering the e-commerce segment and consumers buying more online instead of in department stores, the market looks different for J.C. Penney than it did ten years ago. If J.C. Penney wants to achieve the success it did in the past, it must capture a larger market share of the shrinking retail segment. Current CEO Jill Soltau aspires to eliminate the company’s four billion dollars of debt. Her vision is to reduce inventory in stores, in order to boost margins on products, while shutting down underperforming outlets. Soltau also plans on renovating locations and replacing outdated goods with women’s apparel and home goods. J.C. Penney will also introduce a centralized pickup and returns center in its stores, as well as an efficient checkout process.

Another growth opportunity for J.C. Penney lies within the secondhand clothing industry. J.C. Penney agreed on a partnership with consignment firm ThredUP to introduce the sale of secondhand women’s clothing in thirty of its locations. Soltau hopes this will cause an increase in budget-minded millennial shoppers. J.C. Penney’s efforts to turn the company around will take years to show results; however, with the right management and decisions, the company can work to reduce its debt and reverse some of the damage made by past management.