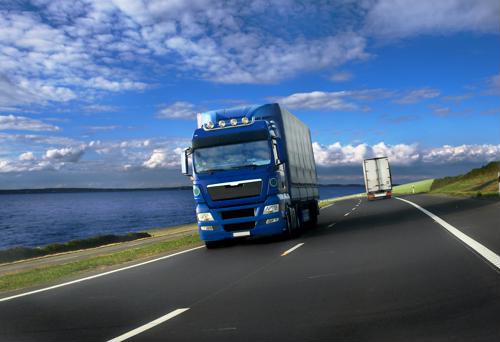 Supply chain optimization in virtually every industry hinges on the trucking sector. For years, motor carriers have dealt with a shortage of drivers, forcing truckers to double up on what goods they're hauling. Loads are often dictated by where they're traveling and the size of their trailers.

Based on a recent report, however, truckers frequently trek massive swaths of road carrying next to nothing.

"One-third of miles truckers travel are void of deliverables."

Among Class-8 trucks, roughly one-third of the miles drivers travel are void of deliverables, according to analysis from Convoy, a commercial trucking startup based out of Washington. That's far more than the 20% that's been assumed for years now.

Commonly referred to as "empty miles," these are units of measurement motor carriers use to track performance and recognize when resources are being improperly used or wasted.

Serious issue that requires resolution
Aaron Terrazas, Convoy director of economic research, said no industry is immune to waste, but the stakes are particularly high for truckers, given the ongoing shortage and the environmental impact of greenhouse gas emissions, as automobiles are a major contributor.

"[Empty] miles mean that drivers are not earning money for being on the road and the economy at large pays more to move goods," Terrazas warned. "Carriers account for their own expectations for empty miles when deciding how much they charge for any particular load, so everyone from shippers down to end consumers - and, of course, the environment - ultimately pay the cost of empty miles."
The distances truckers travel without any hauls to speak of has waxed and waned over the years,
Terrazas chronicled. In the 1970s, 20% to 30% of trucker miles coursed were sans product. That fell in the 1990s to anywhere between 15% and 18%.

Empty miles are on the rise once again, which Terrazas attributes in part to poor logistical planning, writing there are often "no nearby loads for the driver to pick up that are headed in the same direction as the driver."

He also chalked up empty mileage to human error and no industry measurement standards that govern how large trucks ought to be for certain loads.

Over 70% of tonnage in U.S. carried by trucks
This isn't to suggest the salad days are in the rearview mirror for the trucking industry. Last year alone, trucks moved nearly 11.5 billion tons of freight, according to the American Trucking Associations, which is the equivalent of 71% of the country's overall total.

Nevertheless, the empty miles issue remains, as motor carriers and industry officials may not be communicating sufficiently to better utilize resources.

Digitized freight firms like Convoy, Uber Freight and Transfix seek to optimize operations by leveraging the technologies that can provide motor carriers with a more effective action plan.
Procurement News