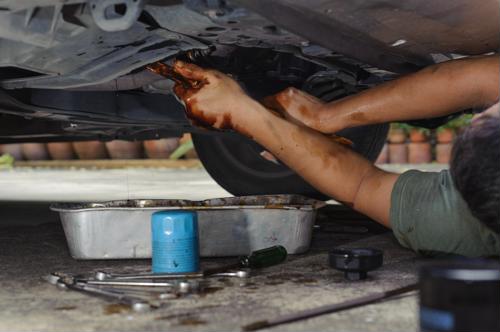 If there's any one industry that a highly functional retail supply chain depends upon, trucking may be it. The vast majority of the tonnage delivered in the United States is by motor carriers, yet an ongoing driver shortage threatens the speed and frequency with which department stores, grocery aisles and toy sections receive product. Indeed, in an annual survey conducted by the American Transportation Research Institute, respondents cited the driver shortage as the most pressing issue facing the sector.

But it isn't just people behind the wheel that's in short supply. There's also a dire need for professionals who work under the hood.

"Roughly 34 million trucks are on the road today."

75,000 more mechanics required by 2022
According to government data cited by Supply Chain Dive, an ever smaller number of high school and college graduates are going on to become automotive mechanics. In fact, among diesel service technicians specifically, an estimated 75,000 new mechanics will be needed to by 2022 to keep pace with the rate at which commercial trucks are used, according to the Bureau of Labor Statistics. The number of big rigs currently on the road is approximately 34 million, based on ATA figures.

"We have all felt the consequences of the skilled labor shortages in the over-the-road transportation industry," Dishner explained. "Not only does this affect the fleet owners and managers, but it has the potential to dramatically alter the economic equation."

Disher went on to note that aside from the fact that commercial trucks are always on the road, which puts additional pressure on drivers, too few mechanics can potentially create safety hazards.
"Not having a driver to man the truck is a priority issue for sure, but a driver simply can't do his job if his rig is down without someone to fix it, Disher added.

Stereotypes may be playing a role
Part of the problem is stigma, the notion that vocational professions such as HVAC workers, boilermakers, tradespeople and plumbers don't pay much and ultimately lead to nowhere fast. That's simply not the case, including for mechanics, noted Jennifer Maher, CEO at TechForce Foundation.
"The skills required to be a professional technician are highly technical and advanced, Maher told Supply Chain Dive. " Technicians can go from entry level to master technician, and have the opportunity to shift from hands-on work to become advisors, managers and corporate leaders."

Depending upon experience and demand, automotive service technicians and mechanics can make upwards of $67,000, according to BLS figures, which is well above the median salary ($59,039).
"Technicians have a virtually limitless ceiling when it comes to income because of things such as shift options and flat-rate pay plans," Maher further explained.

In the meantime, organizations like TechForce and Penske Truck Leasing are on a recruitment tour, looking to bust myths and set the facts straight among teens and young people so more people consider entering the field. In doing so, they may wind up improving operational excellence for businesses that rely on a well-oiled supply chain, which goes for just about all of them.
Procurement News