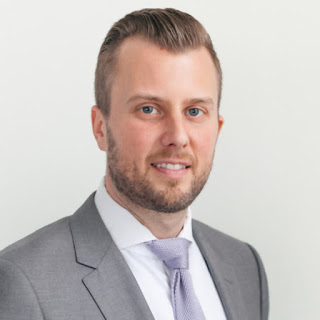 In his first statement as President of ISM-Chicago, Rob Mietus expresses his enthusiasm for tackling Supply Management's prevailing challenges and making his organization a "go-to" for career advancement in the space. He recently sat down with the Source One Podcast to expand on his June message, describe his professional journey, and outline his goals for the future of ISM-Chicago.

Rob found his passion early. He jokes that Procurement wooed him with the promise of a hefty salary, but it quickly offered much more. Hands-on experience driving savings and supporting strategic initiatives confirmed for Rob that he'd selected the right major and helped him enter the professional world with confidence. Gaining exposure to everything from direct material sourcing to data analysis to change management, he's spent the last decade-plus building a diverse set of expertise and experiences.

Rob's relationship with ISM-Chicago began in earnest when he met Frank Cargill. Then the organization's President, Frank opened Rob's eyes to the full scope of ISM-Chicago's mission. What had once looked like just a resource for professional certifications revealed itself to be a diverse network of like-minded professionals and valuable opportunities. Attending a strategy session soon led to a spot on the board and an increasing level of impact and responsibility.

Historically, ISM and its local chapters have committed themselves to a two-part mission. In addition to driving value and delivering a competitive advantage, the organizations "contribute to a prosperous, sustainable world." At the local level, this means telling Procurement's story, encouraging professionals to advocate for themselves, and securing the function a seat at the executive table.

Rob places particular emphasis on the second component of ISM's mission. He believes Procurement truly has the opportunity to "make the world a better place for everyone and our children." By identifying and addressing instances of labor abuse and environmental destruction, the function is already taking the lead in enforcing ethical practices.

Rob makes it clear that ISM's work is a collective effort. He thanks the host of ISM members from across the country who've helped him build his platform and rise through the organization's ranks. He also calls on emerging professionals to share their own insights. "The more engaged we are with our members," he remarks. "the better we're doing. If one word defines my presidency, I hope it's engagement."

Rather than diverting from ISM's usual mission, Rob hopes to "evolve [ISM's] existing value proposition to ensure it aligns with all the key stakeholders and make sure it's relevant to professionals at every stage in their career. He considers his career "a journey of continuous improvement" and he hopes to bring ISM and its members along for the trip.

Want to hear the rest of the conversation? Check out the latest episode of the Source One Podcast today.
Trending