Home Procurement News The supply chain and a potential recession: What you need to know

The supply chain and a potential recession: What you need to know 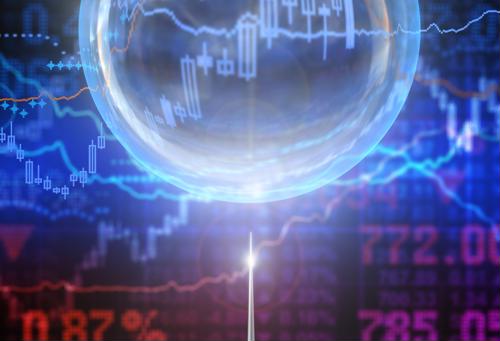 While the economy has been going strong for years, many experts now believe some cracks in the foundation for all that growth are starting to form. In the past few weeks, warnings of another recession looming a year or so down the road have become more common, and that could have a major effect on the global supply chain.

At the end of June, a survey of supply chain professionals found that 55% of those experts expect to see a recession of some kind take place before the end of 2020, according to a the new Plans & Tactics to Recession-Proof the Enterprise: Survey of Procurement & Finance Professionals study from Suplari. While the majority of respondents think a downturn is 15 months or so away, at most, 30% feel they or their companies are not prepared to deal with a recession.

Moreover, because so many companies are anticipating financial difficulties, 80% are trying to rein in costs before the end of the fiscal year, the survey found.

"Finance and procurement professionals operate closely and holistically in relation to the matters of spend management, purchasing activity, savings optimization and risk factors," said Nikesh Parekh, co-founder and CEO of Suplari. "They are likely to be the first in their organizations to perceive and deal with the impact of a recession."


Assessing the potential impact
In recent decades, recessions typically take place soon after the yields on 10-year Treasury bonds are surpassed by those for two-year Treasuries, and that happened in mid-August, according to supply chain expert Steve Banker, writing for Forbes. That in and of itself should serve as a warning to supply chain pros: They need to speed up their preparations for a downturn, or at least have plans in place for how they will react.

Companies need to consider the ways in which a recession would impact their ability to source materials or products and then link up with other businesses in the supply chain, and start building those projections into their integrated business planning, Banker added. However, it may be vital to speed up the regularity of that planning, based on the size and ability of an operation to handle it.

Some may benefit from upgrading monthly IBP to weekly, or quarterly to monthly, to put themselves in a better position to deal with these issues.

Already feeling the effects?
Meanwhile, investment bank Goldman Sachs recently cut its own growth forecast by about 10% because it has already begun to feel some of the early effects of a potential recession, triggered in large part by the "trade war" between the U.S. and China, according to CNBC. Goldman Sachs chief economist Jan Hatzius recently told clients that as much as one-third of the drag on the United States' GDP could come from just the latest escalation of the trade war's tariffs, some of which has been delayed over concerns about the holiday shopping season.

In fact, Hatzius specifically cited fears about complications in the supply chain that would lead to difficulties in the U.S., the report said.

With all this in mind, supply chain professionals would be wise to make sure they start their planning as soon as possible for a potential recession, so  they aren't caught half-prepared when and if the downturn hits.
Procurement News