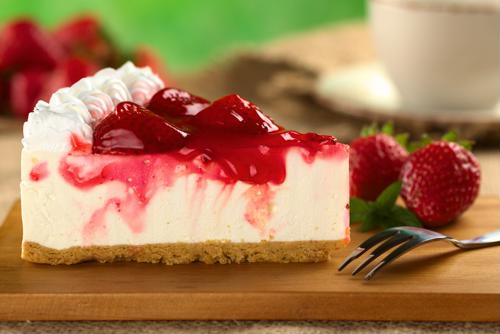 Three letters best sum up The Cheesecake Factory restaurant: B-I-G. The chain boasts hundreds of locations, an impressively expansive menu and - perhaps above all else - bold flavors, dripping from its line up of delicious dishes.

It appears the Calabasas, California-based food franchise is expanding once again - only this time, its portfolio is getting the bigger and better treatment.

In a press release, The Cheesecake Factory announced it's acquiring Fox Restaurant Concepts, a Phoenix, Arizona-headquartered Italian eatery with numerous locations - over 60 since launching in 1998.
David Overton, chairman and CEO of The Cheesecake Factory, noted that the company's partnership with FRC began a couple of years ago and he couldn't be more excited about what the future holds.

"Since making our initial minority investments in North Italia and Flower Child in 2016, we have not only helped fuel the growth of both brands, but also developed a deep relationship with Sam Fox at Fox Restaurant Concepts," Overton explained. "We realized the true potential of this relationship as we worked through the integration process for our planned acquisition of North Italia.

Who is Sam Fox?
Founded eight years ago, North Italia's original parent company was FRC, and while under its umbrella, entered nine states and Washington, D.C., totaling 20 locations. Sam Fox is the purveyor of FRC and is one of the more well-known chef restaurateurs within the fine dining sector industry. A 10-time winner of the highly coveted James Beard Award, Fox has also been named among the 50 most influential people in the restaurant industry by Nation's Restaurant News five years in a row.

"This partnership will be the first of its kind for the restaurant industry," Fox affirmed in the same press release. "David Overton and I quickly realized the magic occurring between our organizations while we worked through North Italia's integration. With our aligned cultures and philosophies, The Cheesecake Factory is the right partner to embrace our creative spirit, enabling us to innovate concepts, while providing the infrastructure and capital to scale."

Acquisition worth $353 million
As for the deal itself, the transaction is said to be valued at $308 million, with an additional $45 million due ratably and paid out between now and 2023. Funding for the cash transaction, to be due at signing, will derive from The Cheesecake Factory's revolving credit and what paper currency it maintains at corporate headquarters in Calabasas Hills.

In an earnings call, Cheesecake Factory President David Gordon said he's looking forward to this new partnership and believes FRC represents the future of upscale casual dining.
"[W]e expect to be even better positioned to provide our guests with exceptional dining experiences, offer growth and opportunities for our respective teams and maximize long-term value for our share holders," Gordon added.
Procurement News