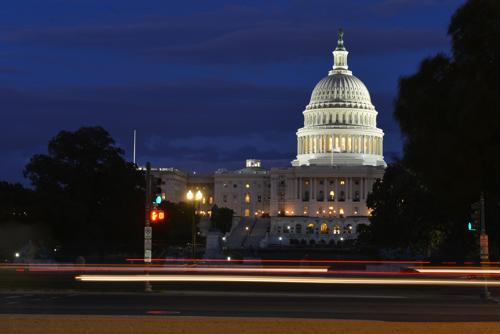 The ability of any company to protect its supply chain from hazards and hiccups alike is paramount to optimal business practices. However, because of the extent to which companies all over the world rely on the global supply chain, proper security is often easier said than done. To that end, two federal lawmakers recently introduced a bipartisan bill that would create a new government office to help maintain the integrity of the supply chain for products coming into the U.S.

The Manufacturing, Investment, and Controls Review for Computer Hardware, Intellectual Property and Supply (MICROCHIPS) Act was recently introduced by U.S. Sens. Mike Crapo and Mark Warner, an Idaho Republican and Virginia Democrat. According to Crapo's office, much of the discussion around the bill centers on China, but other entities that target the U.S. government and military supply chain would also receive plenty of attention.

"The MICROCHIPS Act would create a coordinated whole-of-government approach to identify and prevent these efforts and others aimed at undermining or interrupting the timely and secure provision of dual-use technologies vital to our national security," Crapo said.

What would the bill do?
The first part of the legislation - if passed - would create a study of potential issues around international supply chain security and how that impacts the U.S., then the researchers would present their findings to Congress, Crapo's office noted. In addition, the U.S. Department of Defense, Director of National Intelligence and similar government organizations with a hand in national security would be required to develop a new plan for improving supply chain intelligence within six months. Those changes - meant to enhance security - would likely be funded through the Defense Production Act.

Perhaps most notably, the bill would create a new National Supply Chain Security Center under the Office of the Director of National Intelligence. The NSCSC would gather information about issues that could pose a threat to the national supply chain and report it to appropriate agencies.

Areas of focus
Specifically, the bill would direct considerable attention to electronics that are vital to governmental and military operations, but also on emerging issues like the tech that will be used to set up 5G networks nationwide. In the latter area, specifically, China has an established manufacturing edge on the U.S. and further interference in the supply chain would likely broaden it.

There would also be a centralized clearinghouse established to examine all government and military tech coming into the country so that it can be assessed for safety and security.

While individual businesses will never have the clout of the federal government to secure their supply chains, it should be heartening such an interest is now being taken in this issue overall. The more focus there is on supply chain security on the whole, the more likely that risks are identified and eliminated before they pose more significant problems. That, in turn, may give individual businesses more surety that the products and materials they receive from overseas will be safe for their use.
Procurement News