What's Worse Than Being Replaced By A Robot? 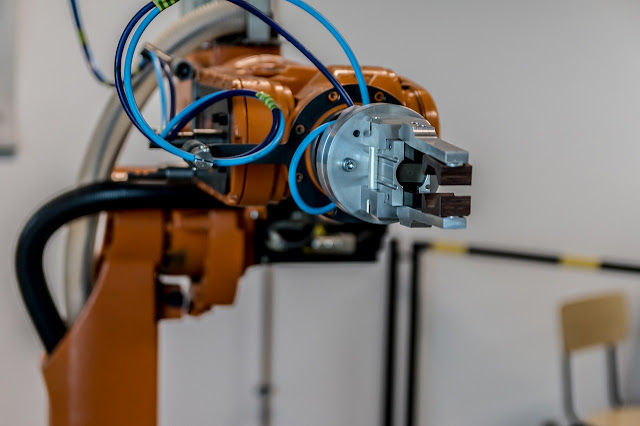 Conversations around artificial intelligence and automation tend toward the apocalyptic. In January, the Brookings Institution reported that more than 35 million Americans hold jobs with "high exposure" to automation. These vulnerable professionals - occupying roles in production, food service, and transportation - could already see at least 70% of their day-to-day tasks replicated by a machine. It's clear that these machines will soon graduate from replicating tasks to replicating entire jobs, even mechanizing entire industries. The report anticipates this massive shift and concludes with a call to action. To "mitigate coming stresses," it reads, organizations will need to pursue a number of strategic initiatives. This should include "promoting a constant learning mindset."

A new study from the Technical University of Munich and Rotterdam University echoes this advice. In addition to teaching new skills, the researchers encourage business leaders to consider the psychological impact of replacement and unemployment. This impact, they suggest, is even greater when an employee is replaced by another human. Their study arrives at the intriguing conclusion that employees in automatable positions feel more threatened by other people than by machines. Intelligent machines might dominate the headlines, but they're not necessarily an immediate concern for the professionals who are preparing to confront them.

The study's findings appear almost paradoxical. A summary reads, "In principle, most people view it more favorable when workers are replaced by other people than by robots or intelligent software. This preference reverses, however, when it refers to people's own jobs. When that is the case, the majority of workers find it less upsetting to see their own jobs go to robots than to other employees." These same professionals do, however, consider automation that greatest long-term threat to employment.

People don't compare themselves to machines the way they compare themselves to peers. This, the study's authors suggests, is why robots pose less of a threat to self-worth. They go on to suggest that the social impacts of replacement and unemployment have gone largely un-addressed. Reskilling should help professionals experiencing technological replacement, but more psychological support might prove necessary for other displaced workers.

These workers, for their part, have largely expressed interest in reskilling. According to Randstad US, 67% of U.S. employees believe they'll need new skills to survive in a changing economy. Employers, however, have been slow to embrace the opportunity. While 80% of workers believe their company should provide for reskilling, nearly 40% have seen no progress.