Home Trending The "Planet's Lungs" are on Fire

The "Planet's Lungs" are on Fire 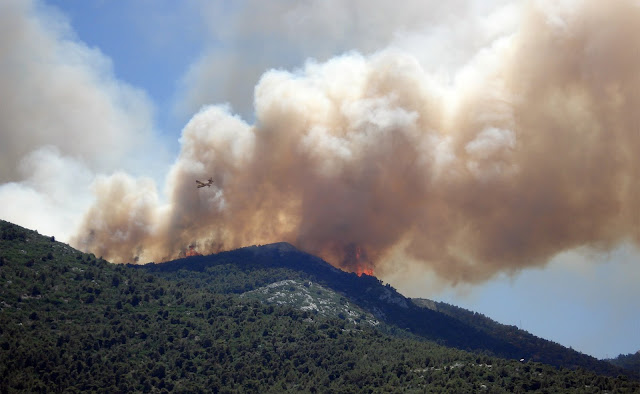 Early this week, NASA circulated images of a flaming woodland area. Are these the California wildfires back again? Is this the beginning of a new wildfire disaster? Nope, worse. It's an even more alarming development, and it's definitely not just beginning.

These pictures come from Brazil - home of the largest rainforest on Earth.  The Amazon, which covers around 1.2 billion acres of green, lush land, is commonly referred to as the "Planet's lungs." Producing as much as 20% of the oxygen in our atmosphere, these lungs are now in serious danger. What's most horrifying about these ongoing wildfires is that they've been raging for three whole weeks. That's right-- almost an entire month of mass ecological destruction has passed without making global news.

So, why are we just now hearing about this? The delay probably isn't a coincidence.

Did American news outlets know about the fires and de-prioritize the information? Or was this news being purposefully suppressed by Brazil? The latter looks like a plausible explanation. Seemingly, the Brazilian government has motives for keeping the disaster under wraps. 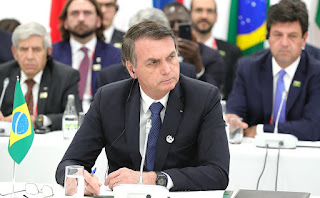 Many are pointing fingers at Brazilian President, Jair Bolsonaro. Since Bolsonaro came into office in January, he has been facilitating logging, mining, and deforestation efforts to open up land for new business. Unsurprisingly, CNN reports that Brazil has seen an 80% increase in fires this year. According to Amazon Watch, he's been consistently flippant about ecological issues and the well-being of indigenous people in the Amazon.

In the wake of recent fires, Bolsonaro has not only neglected to accept responsibility, he's shifting blame to a third party. The group he's suggesting is responsible is... environmentalists? A quote from President Bolsonaro himself illustrates his stance on the issue:


"Regarding the fires in the Amazon, I’m under the impression that it could have been set by the NGOs because they had asked for money. What was their intention? To bring about problems for Brazil." Later on, he states, "Maybe – I am not affirming it – these (NGO people) are carrying out some criminal actions to draw attention against me, against the government of Brazil”.

Rather than attributing the disaster to his own anti-green tendencies and policies, he is firmly asserting his belief that the forest fires are a direct action against him.

While commentators are torn on the true cause of the fires, they've proposed several possibilities.

A piece by CNN  heavily suggests that the fires are caused by farming civilians. Fires have been used as a land clearing technique for ages, especially in dry seasons. Environmentalists are suggesting this is the only way the fires could have spread this quickly. While they acknowledge climate change's role in causing similar disaster, they dismiss the idea that Mother Nature is solely to blame. But Bolsonaro isn't of the hook yet.

Many believe these farmers were encouraged to do so by the President as a way of supporting "pro-business" actions. Brasil de Fato reports that the president's repeated statements regarding "exploring economic activity in the Amazon" have prompted farmers to organize a "fire day" at the beginning of August which left smoke-covered cities all over the country. As Bolsonaro lacks evidence to show NGOs are culpable, these perfectly-aligned timelines do not help his case.

Bolsnaro's actions will likely lead make the terms "pro-business" and "anti-environment" synonymous throughout Brazil. Will the U.S. begin to conflate them as well? Not if we push for businesses that are pro-environment and pro-profit simultaneously. More economic growth does not have to mean more ecological destruction and greener practices do not have to mean a negative impact to the bottom line.

Environmentally conscious companies are becoming more and more numerous as the rising generation of consumers begins to raise its voices. According to a survey by Deloitte, Millennials and Gen Z-ers are making shopping decisions based on company ethics. They regard environmental responsibility as particular crucial. 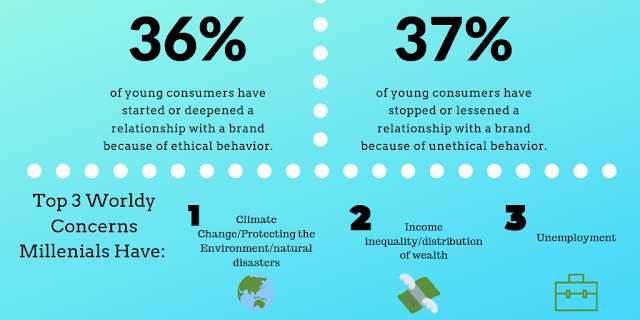 *Data obtained from the Deloitte Global Millenial Survey of 2019.

Environmental tensions aren't going anywhere any time soon. Consumer and voter awareness will only heighten and the most forward-looking politicians and companies will naturally align their efforts with eco-conscious individuals. For the Procurement space, that means ensuring your materials are sourced responsibly and that all operations are carried out in a sustainable matter.

For now, we hope Brazil can save this valuable and beloved ecosystem. This is not the first time a massively-important ecosystem like this has faced total destruction. Scientists announced last year that the Great Barrier Reef, the world's largest coral reef system, is dying and can no longer recover from the effects of climate change. What's more, Forbes reported last week that 12.5 billion tons of ice has melted in Greenland. We were not expected to reach this total until 2070.

Can Brazil save the rainforest, or will our planet soon need a lung transplant? 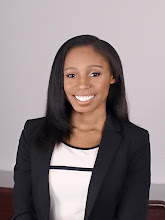