Manufacturers plan to train over 1 million as AI ramps up 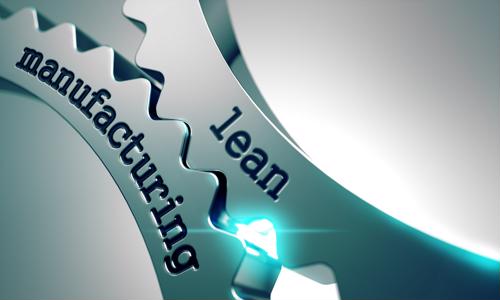 It's safe to say the increased usage of artificial intelligence isn't just on the way, it's already arrived. The question companies - as well as employees - now wonder about is the extent to which AI will factor into business processes moving forward. Several studies suggest manufacturing may experience the most substantial impact of AI in an effort to better improve the supply chain.
However, representatives for the industry indicate they will do everything they can to ensure the sector's backbone - its people - is not left behind.


"In excess of 1.18 million will be trained over the next five years."
In a joint statement from the National Association of Manufacturers and the Manufacturing Institute, several organizations say they intend to train as many as 1.18 million workers between now and 2024 to improve their skills and keep up with the times, thus improving their overall performance and output.

Jay Timmons, NAM president and CEO, indicated that the industry is at an impasse, as more jobs are becoming available but at an unsustainable rate.

"Manufacturers face a workforce crisis with more than half a million unfilled manufacturing jobs today and 2.4 million jobs that may go unfilled by 2028," Timmons explained. "But manufacturers are also problem solvers and committed to being part of the solution. So today, manufacturers proudly make this pledge to the American worker: we will continue to invest in our workforce and provide 1,186,000 Americans with the opportunity to receive training and development that will enhance their skills and prepare them for the next step on their career journey."

Sector experiencing a growth spurt
This promise comes as the industry is in the midst of what might be described as a renaissance. A decade ago, during the throes of the recession, the sector bore much of the adverse effects, with companies offshoring millions of positions that were previously located in manufacturing hubs. With each passing month, however, more jobs are returning from overseas. Roughly 509,000 were created in May alone, according to the Labor Department, which is a record monthly high.

That said, numerous jobs are going unfilled for weeks, if not months. Some believe that AI may be the answer to these issues, as Oxford Economics predicts as many as 20 million manufacturing positions could be displaced by industrial robots come 2030. The states most vulnerable to AI replacement include Oregon, Louisiana, Texas, Indiana and North Carolina.
Manufacturing Institute Executive Director Carolyn Lee stressed that the future of the industry is heavily influenced by its people.

Lee added she's supremely confident the training opportunities provided to the sector's men and women will help keep American manufacturing a force to be reckoned with in the years ahead.
Procurement News